Editor’s Note: This whiskey was provided to us as a review sample by BSB – Brown Sugar Bourbon. This in no way, per our editorial policies, influenced the final outcome of this review. It should also be noted that by clicking the buy link towards the bottom of this review our site receives a small referral payment which helps to support, but not influence, our editorial and other costs.

Celebrity is a valuable currency. A well-known face can reach millions of potential customers, and that is a potential goldmine. In the case of BSB-Brown Sugar Bourbon, it is Oscar-winner Jaime Foxx who has contributed his face, and finances, to the burgeoning whisky brand originally founded in 2016 as a part of Heritage Distilling.

Based out of Gig Harbor, Washington, the majority woman-owned Heritage Distilling is one of the most awarded craft distilleries in North America. Sliding into the niche flavored whisky market, Heritage Distilling released BSB-Brown Sugar Bourbon to rave reviews, with the whisky being named “World’s Best Flavored Whisky” in 2018 and 2019 by Whisky Magazine’s World Whisky Awards.

This year, Jaime Foxx announced his ownership of BSB-Brown Sugar Bourbon as well as the re-launch and “new creative direction” for the brand. Foxx will be involved in the creative direction of the brand as well as the development of future releases. Sean M. Penn, the CEO of BSB-Brown Sugar Bourbon says of the acquisition, “I have no doubt that Jamie will lead BSB to new heights. We can think of no better creative force than Jamie, and we look forward to watching him introduce BSB to the world.”

In a prepared statement, Foxx expresses his confidence in this new venture, stating “Before the quarantine I watched bottles of BSB disappear at all my celebrations and knew this was a brand I wanted to bring into the spotlight. Anyone who tries BSB is going to love it just like I do.”

Heritage Distilling will still be involved in the production and distribution of BSB-Brown Sugar Bourbon, so it is yet to be seen how Foxx’s involvement will change things other than the massive number of potential customers he will reach through his Instagram presence. I’m not impressed with the presence of “cinnamon flavors & caramel color” on the simple label of the bottle, but I’ll give it as good a chance as any other flavored spirit in today’s tasting. 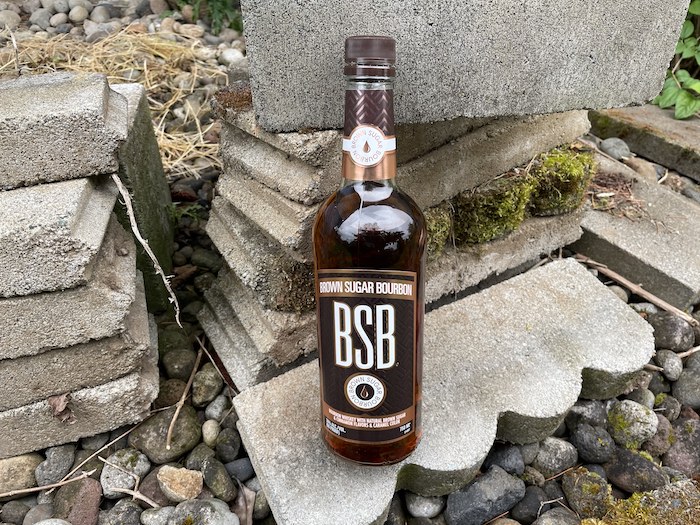 Palate: Pretty much what you’d expect. Cloyingly sweet with strong notes of brown sugar and cinnamon. No flavor profile beyond what’s listed on the bottle and virtually no taste of the alcohol.

Final Thoughts: This is definitely not for me, but I could see young folks who don’t enjoy the taste of whiskey adding this to their hot chocolate.

Nose: Much of the same, cinnamon and brown sugar, slight hint of bourbon.

Palate: Again, brown sugar and cinnamon in baked goods, but at least I could taste the bourbon in the BSB-103. It’s not a great taste, but the need to cut the sweetness from the above tasting was dire.

Final Thoughts: Obviously Jaime Foxx sees this flavored whisky as a party drink, and maybe the people he parties with enjoy a sugar high and headache. I don’t as much.

270
Shares
2k
Views
Share on FacebookShare on TwitterGet Our Newsletter
Get The Glenlivet 18 Year Old at ReserveBar. Shop now!