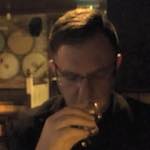 Nino Kilgore-Marchetti is the founder and editor-in-chief of The Whiskey Wash, an award winning whiskey lifestyle website dedicated to informing and entertaining consumers about whisk(e)y on a global level. As a whisk(e)y journalist, expert and judge he has written about the subject extensively, been interviewed in various media outlets and provided tasting input on many whiskeys at competitions. He also maintains a large private collection of whiskey from which he continually educates his palate on this brown spirit type. 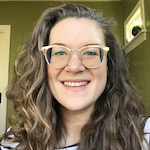 Margarett Waterbury is the author of Scotch: A Complete Introduction to Scotland’s Whiskies. A full-time freelance writer and editor, she currently serves as The Whiskey Wash reviews editor. Her work has appeared in Whisky Advocate, Food and Wine, Spirited Magazine, Edible Seattle, Sip Northwest, Civil Eats, Travel Oregon, Artisan Spirit, and many other publications. She is the former managing editor of Edible Portland, as well as a cofounder and former managing editor of The Whiskey Wash. She was named the Alan Lodge Young Drinks Writer of the Year, earned two fellowships for the Symposium for Professional Wine Writers, and, as part of The Whiskey Wash team, helped the site earn two International Whisky Competition Website of the Year awards. 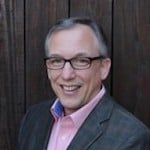 Steve Coomes is an award-winning journalist and book author specializing in whiskey and food. In his 30-year career, he has edited and written for national trade and consumer publications including USA Today, Southern Living, Delta Sky Magazine, Nation’s Restaurant News, Pizza Today, Restaurant Business, Bourbon + and American Whiskey magazine. In 2013, he authored “Country Ham: A Southern Tradition of Hogs, Salt & Smoke,” and in 2020, he authored “The Rebirth of Bourbon: Building a Tourism Economy in Small-Town USA.” When not writing about food and drink, he leads large-scale, intimate and virtual food and spirits pairings. 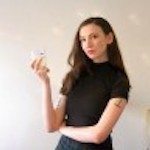 Kate Dingwall, a Canadian-based wine and spirits writer and sommelier, was born in Canada (eh), schooled in Georgia (y’all), and spent a large chunk of her adult life in Brooklyn. During the day she writes for Forbes.com, MAXIM, Elle, Liquor.com, Eater, Wine Enthusiast, VinePair, and The Bourbon Review. At night, Kate sling bottles as a sommelier. 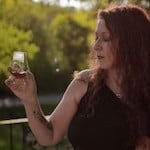 Cary Ann Fuller is an Army Brat with Southern tendencies. Born in Washington State to parents from Florida, she lived many points in between before settling in Nashville, TN (again). Cary Ann developed a passion for brown water early in life, and has translated that into a whiskey-centric life. Under Straight Up 615 Fuller writes about, promotes, and educates on the history, culture, process and people of whiskey. Cary Ann is a Certified Specialist of Spirits, an Executive Bourbon Steward and an advocate of spirits education. She believes in helping women to break traditional gender barriers in the spirits industry through visibility in press, mentoring, education, and service. 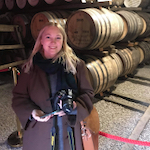 Moa Nilsson is an Edinburgh-based content creator and freelance writer from Sweden and the founder of Swedish Whisky Girl. Through primarily YouTube and Instagram she wants to contribute to a friendlier and more welcoming world of spirits. During 2020 Moa was part of the panel of judges for the World Whiskies Awards and the Independent Bottlers Challenge and was also thrilled to be awarded the Icons of Whisky Scotland Communicator of the Year 2021. When she’s not sipping a dram of whisky you’ll often find her sitting on the floor with a knitting or sewing project. 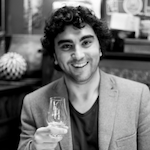 Felipe Schrieberg is a London-based whisky writer, tastings host and co-founder of The Rhythm and Booze Project, a duo fusing live music and whisky through gigs, tasting events, and multimedia. Some of his past projects encompass blues and whisky tasting events for Islay’s Caol Ila distillery, and building the world’s first bass drum made from an entire Scotch whisky cask with a barrel of Lagavulin. He is also a senior contributor writing about whisky and spirits for Forbes. Felipe’s first book, London Cocktails, now available worldwide. 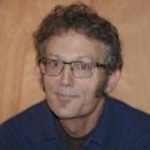 Tom Bentley is a business writer and editor, an essayist, and a fiction writer. (He does not play banjo.) He’s had hundreds of freelance pieces published—ranging from first-person essays to travel pieces to more journalistic subjects—in newspapers, magazines, and online. His self-published book on finding and cultivating your writer’s voice, Think Like a Writer: How to Write the Stories You See was published in June of 2015. You can see his lurid website confessions at www.tombentley.com. Mr. Bentley would like you to pour him a Manhattan right at five. 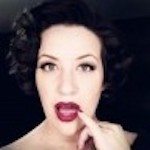 Emily Ross-Johnson is a bit of a Jane of All Trades. She started her career as an opera singer in NYC, and over time gravitated to the Food & Beverage Industry. Over the span of her professional life she has performed at Carnegie Hall, founded her own Whiskey Society, represented numerous spirit brands and managed multiple successful bar programs. She loves creating and photographing beautiful drinks and sharing them with others. 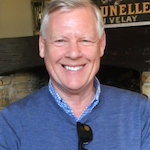 Chris Middleton is from the whisky industry and writes about whiskey too. After an international career in the whiskey industry he has an insider’s perspective on the history, production, product innovation and cultural marketing of whisky from manufacturing countries of Scotland, Ireland, to North America, and his home in Australia. From working as global director for the world’s leading whiskey, founding director of STARWARD whisky and involved in other distillery ventures, he investigates whisky, it’s past, present and future. 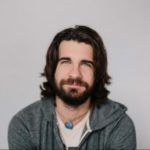 Sam Slaughter is the author of the book Are You Afraid of the Dark Rum?: and Other Cocktails For ’90s Kids. His work can be seen in Maxim, Bloomberg, InsideHook, The Manual, and more. 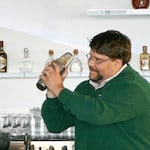 Gary Carter has been at the helm of metro newspapers, magazines, and television news programs as well as a radio host and marketing manager. He is a writer/editor/photographer/designer by trade, with more than 30 years experience in the publishing and marketing field. Gary enjoys working to build something great, whether that be a novel project, a start-up, an organization, a fresh-face to the journalistic world, or even something as simple as a short story. A native Texan and a Pacific Northwest convert, he is a whiskey enthusiast who cut his teeth on it … literally! 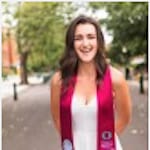 Hannah Kanik is a freelance writer from California. Two years ago, she found herself drinking Scottish whisky atop Arthur’s Seat in Edinburgh and found her love for whisky and its storytelling side-effects. 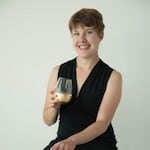 Cindy Capparelli started the Portland Bitters Project in 2014 with the vision to create the best bitters on the market. Now her bitters are enjoyed around the country and internationally to make expressive, delicious cocktails. She teaches at two Portland colleges and visits private groups, distilleries and maker’s spaces to spread the gospel of high-quality ingredients and time-honored technique. Cindy gives her students the confidence and knowledge to stir up a drink at home, experiment with tinctures or just more fully enjoy their food and beverage experiences. 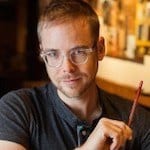 As the creator and writer of “Johnny Scotch,” John Dover has built his Jazz Noir world from the music he is immersed in on a daily basis and from his travels across the US as a professional musician. John continues to build the “Johnny Scotch” library through short stories, and his comic book collaboration with Illustrator and story board artist Dan Schaefer. John’s musical world and his writing world also collide with the “Johnny Scotch Vignettes,” a series of musical pieces written by Thomas Barber, that incorporate high energy fusion with the spoken word. 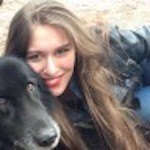 Talia Gragg is part of the Portland service industry community, and an alumna of the Multnomah Whiskey Library. She’s an avid spirit and cocktail enthusiast, and likes to experience them both academically and recreationally. When not sipping whiskey she’s a ceramic artist and lover of travel. 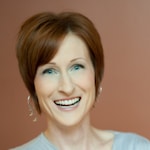 Melissa D. Jones is a traveler, blogger, photographer, storyteller, foodie, whiskey lover and creative entrepreneur. Living for adventure and new experiences she’s photographed her way around all 50 states and 47 countries (still counting!) and wrote her travel knowledge into a book. When she’s not traveling you can find her at home in Portland Oregon enjoying events, drinking whisky or hiking. She has sampled over 100 different whiskies in town and around the world. 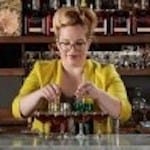 Courtney Kristjana’s opinions may be strong like the peat in her scotch, but she guarantees honesty and integrity all the while keeping an open mind. It’s tiresome having to prove her credentials and worth as a woman in the liquor industry, especially when it comes to drinking whiskey, but it does not stop her from pursuing happiness one dram at a time. When not bartending or writing whiskey reviews, Courtney is usually found knitting, watching horror movies, or bouldering. 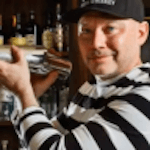 Jason Marshall has spent his career as a bartender advocate and mentor , providing an opportunity for the best new faces and ideas to flourish. The process has given him opportunities to stretch creatively, develop wonderful people who branched out to their own passions, and host cocktail competitions with a bartender community focus. He is a certified Executive Bourbon Steward. 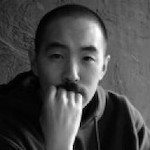 Kenji Mizumori is a bartender in Portland, Oregon at the Pope House Bourbon Lounge. A bourbon enthusiast for decades, he likes big whiskeys, including pretty much anything over 100 proof. 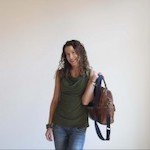 A decade ago, Carin Moonin traded a 5th floor walkup in Hoboken, NJ for a house in SE Portland and remain grateful for the swap. Carin feels Portland’s a great whiskey town: It fits the weather and her general mood (even improves it sometimes). She enjoys exploring the many shades of brown liquor and learning what it can do for her. Carin has written for publications including Salon.com, DailyDot.com, Willamette Week, Portland Monthly, and more. When she’s not drinking whiskey or writing about it, she can be found running, reading, or seeking out free samples in grocery stores. 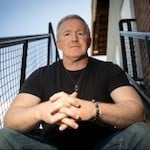 Reporting and writing has taken Scott Bernard Nelson all over the world, giving him an opportunity to cover everything from 9/11 to an Olympic Games to the invasion of Iraq. These days, he’s retired from daily journalism but still enjoys talking with interesting people and writing fun stories. When he’s not dabbling in short fiction or screenplays, you’ll probably find Scott rock climbing or fly fishing in the Pacific Northwest – and, whenever possible, drinking great whiskies. 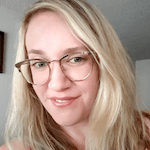