Organic Whiskeys Express The Character Of A Land

Rarity and exceptional quality make organic whiskeys known and appreciated. Like with organic wine, organic spirits and organic whiskey consumers are counted among many consumer types, including the ever important Millennials market segment. Organic specification corresponds to the United States, European Union, Canada and Japan’s comprehensive organic legislation. Only certified producers can take advantage of the term ”organic”. Requirements vary from country to country but generally involve a set of production standards for growing, storage, processing, packaging and shipping. 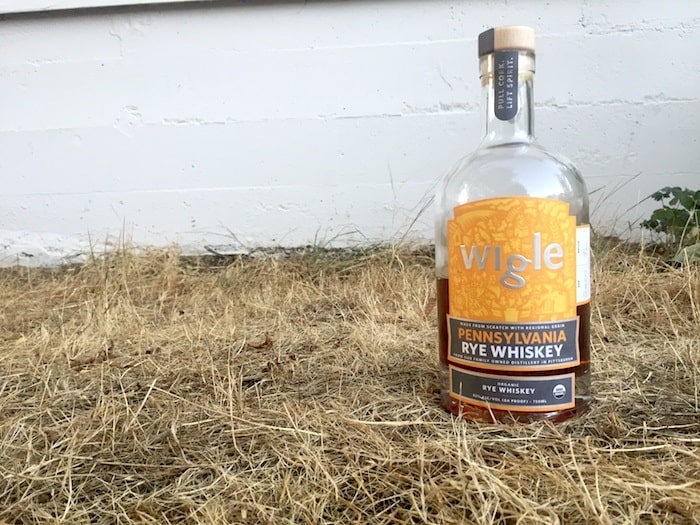 An organic rye whiskey out of Pennsylvania (image via Wigle Whiskey)

How does the consumer rely on this certification?

From a marketing viewpoint, a 2017 study revealed that a third of consumers are now choosing to buy from brands they believe are doing social or environmental good. Therefore, the use of organically and sustainably grown ingredients prevent the release of synthetic fertilizers and dangerous chemicals. That’s good for the environment and fits the consumer expectations. Therefore, these distilleries lead the way to sustainability.

Organic whiskeys tend to use USDA certified organic wheat, barley, triticale and corn grains that are often locally grown, leading to the concept of “terroir” emerging into the world of spirits. Organic whiskey quality often offers more than strictly following the guidelines and regulation points of the certification requirements.

The following list of examples displays diverse existing processes originating in the production of some marketed organic whiskeys :

If you travel to the European Union, you will find organic whiskies as well, depending on the country you intend to visit. You will find them in Ireland, in France, or in Germany or else in Sweden and obviously in Scotland, where a distillery claiming to be Scotland’s first fully organic whisky distillery has officially opened, three months after starting production. The distillery will produce just under 100,000 liters of pure alcohol each year, and is set to release its first batch of “young, light” whisky in 2020.

From a business viewpoint, producers of all sizes are exploring ways to make every stage of their production process more sustainable. Hence, the way to produce organic whiskeys is of concern for them. Distilling organic spirits is significantly more difficult than making spirits using conventionally grown crops and genetically modified yeasts and enzymes. Nevertheless, the trade-off seems to worth it. Some distillers consider that distilling small batches is an advantage, and with a dedication to complete transparency, is the only way in producing the highest quality level.

Managing a business in the most responsible and sustainable manner is possible. You would say, why organic? With the will to achieve the highest quality standard you start by using the best ingredients. Meaning, using organic grains as the bedrock of that spirit category.

The concept of terroir has emerged into the world of spirits, to fulfill both producers and consumers expectations. Consumers looking for ultra-premium craft distilled spirits specially find them among the organic whiskey category. This trend leads the way in eco-friendly distilleries running on renewable energy, related to a sustainable agriculture and offering locally sourced organic raw grains. Organic whiskeys contribute to the expression of the character of the land on which the grains grow.

77
Shares
3k
Views
Share on FacebookShare on TwitterGet Our Newsletter
Cheers to the Dads! Personalize a bottle of his favorite whiskey to create a modern gift for the modern man. Use code: FATHERSDAY20 for $20 off your next order of $100 or more at ReserveBar