Editor’s Note: This whiskey was provided to us as a review sample by Woodinville. This in no way, per our editorial policies, influenced the final outcome of this review. It should also be noted that by clicking the buy link towards the bottom of this review our site receives a small referral payment which helps to support, but not influence, our editorial and other costs.

I grew up in the Seattle area, just about 10 miles away from Woodinville, Washington. Looking back, I don’t have a lot of memories of the area. Mostly glimpses of vineyards, hills, and natural beauty. It was relaxing, hanging out with the family for an outdoor concert on the lawn of a local winery. Unfortunately, at the time, I wasn’t old enough to appreciate the wine.

These days, the city has way more winerys, but only one distillery. The Woodinville Whiskey Company stands out in that fashion. It is a passion project courtesy of founders Orlin Sorensen & Brett Carlile. The two friends recognized the bounty of local resources and opted to leap into the world of distilling from grain to glass. This is certainly a challenge, as most start-up whiskey distilleries tend to initially source their juice while beginning the aging process of their own stuff.

Sorenson and Carlile weren’t alone though. They had the guidance of the legendary David Pickerell, formerly of Maker’s Mark, Whistlepig, among others. His influence as a pioneer of the whiskey industry has been monumental. Alas, Pickerell passed away in 2018, and even now, we raise a glass in respect to his memory.

But yes, about the whiskey, here’s a bit about their process. “This 100% rye starts with pure, traditionally-grown rye cultivated exclusively for us on the Omlin family farm in Quincy, Washington. The grain is mashed, distilled & barreled in our Woodinville distillery – then trucked back over the Cascade Mountains to our private barrel houses, where Central Washington’s extreme temperature cycles promote the extraction of natural flavors from the oak.”

The barrels themselves are also painstakingly cared for. Before even being coopered, the wood staves are seasoned in open air for 18 months throughout the variety of climates found in Central Washington. Once assembled, the barrels go through a light toasting process and then given a heavy char. 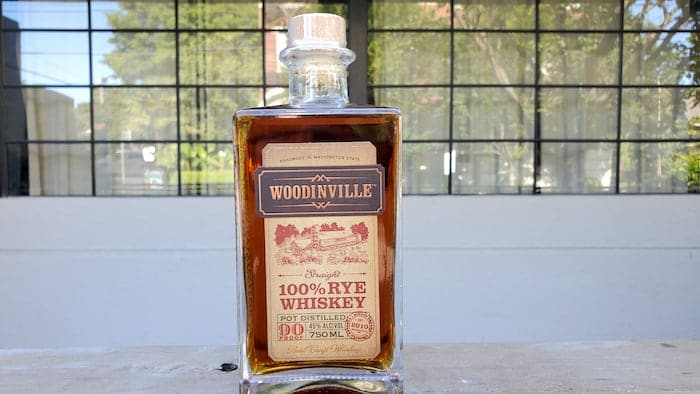 Appearance: A rustic copper or burnt orange. Gave it a bit of a twirl after the first taste and found some thin legs on the side of the glass.

Nose: Lots of caramel up front, followed by a mix of black pepper and clove. This one had a big nose, but balanced at 90 proof.

Palate: Medium bodied, but quite rich. Definitely a blend of flavors consisting of caramel, citrus, oak, and spice. The finish was long lasting and hit a variety of notes. With the addition of water reveals a touch more fruit, including a whisper of maraschino cherry.

This is a great rye whiskey. Simple and straight forward with bold flavor. The nose is balanced along with the flavor profiles. It's a solid sipper and would likely be great for a classic (probably boozy) cocktail. However, personally, I believe that this one does best with an ice cube or a few drops of water.