Dave Pickerell And The Passing Of A Craft Whiskey Legend

This is not a story I wanted to write. As a whiskey writer and journalist we draw close with people in the industry we cover, consider them friends and mentors even in some circumstances. Shared stories over lots of whiskeys give you a sense of who a person is. I am thus saddened to write here of the passing of master distiller Dave Pickerell.

Dave has been the focus of many of a story here at The Whiskey Wash, including a three part interview we did with him some years back. He’s had his hand in many a whiskey pie we’ve noted over time, and you can learn more about his life and legacy below. I wanted to speak more for a minute though to the character of the man we today mourn as an industry. 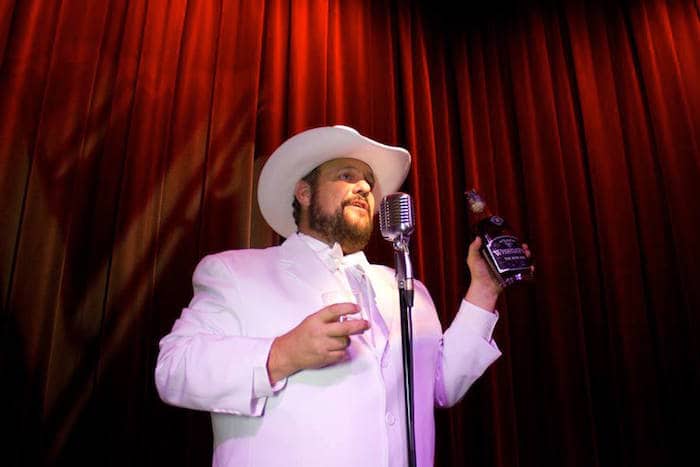 Dave Pickerell was easily a giant in the industry of whiskey, particularly in the world of craft. A man always on the road, he championed many a distillery along the way in addition to his favorite pet projects at WhistlePig and Hillrock. You could always tell a Pickerell influenced whiskey project by that little extra bit of shine behind the whiskeys those he mentored distilled all across the country. His is not an easy loss to the world of whiskey, but we will know his legacy in the bottles we drink from long after the time of his death.

Personally I am beyond grief right now – I know as a writer we need to have objectivity in the subjects we write about, but with Pickerell you always felt like you were the focus of his attention, even if it was for a brief bit. We chatted now and again about the up and coming craft whiskeys, happenings at WhistlePig and just about the changing nature of the industry we worked in together. I followed him on social media, like so many others, as has been evidenced today by the massive amount of sadness and memories shared across different platforms.

So, who was Dave Pickerell? I’ll step aside now and let those who worked alongside him in the industry tell his story. Thank you Dave for everything you contributed to the world of whiskey – you will be missed.

We’re sad to announce that we lost a legend in the spirits industry yesterday. Dave Pickerell passed away on November 1st in San Francisco. Dave was a distilling legend, a bourbon & whiskey rock star and a teacher to all who loved whiskey. He was a luminary in the world of whiskey, and is widely known as the nation’s preeminent distiller.

He was the the master distiller at Maker’s Mark for 14 years. He left in 2008 to become a consultant for the craft-distilling movement. In 2009, he helped create and was appointed Master Distiller at WhistlePig—a single estate farm distillery in Vermont. His  goal was to bring authentic rye whiskey back to the United States and create one of the world’s finest ryes. He succeeded and many people give Pickerell credit for bringing attention back to rye whiskey in America. Dave was one of the preeminent figures in modern whiskey. In 2010, he wrote a piece in Malt Advocate discussing his concepts of terroir in whiskey, various barrel aging methods, and other innovative whiskey techniques. He brought those concepts to life as Master Distiller at Hillrock Estate Distillery.

Throughout his long career, he worked with some of the biggest names in the business such as Diageo, Corsair and his latest project….. BLACKENED which was created in partnership with Pickerell, Metallica and Sweet Amber Distilling. The guys in Metallica frequently referred to him as a member of their band, which always made him smile and let out a chuckle.

Dave was born in Fairborn, Ohio [in 1956]. He attended West Point on a football scholarship and earned a B.A. in Chemistry. He then earned a master’s degree in chemical engineering from the University of Louisville. HIs experiments in aging and finishes are legendary. He created the world’s first solera-aged bourbon among many, many other inventions in the spirits industry. His latest efforts were focused on changing the stigma about blended whiskey for the American Whiskey category. Dave often told people “I’ve failed more times than you’ve tried.” And “I’m ok making mistakes, in my industry you drink your mistakes.”

He was a true whiskey rock star.

Below are a few words from the people that loved him, worked with him and knew him best:

Jeff Kozak  – CEO Whistle Pig – To us, Dave was family. He was larger than life and truly part of the WhistlePig fabric. Working with him never felt like work. It was his passion, humor and storytelling that helped this brand come alive. Saying we are going to miss him isn’t enough, and we will continue to honor his memory and keep him in our stories and our hearts.

Metallica Band – The Metallica family is stunned and in disbelief at the loss of our friend and partner, Dave Pickerell. He was not only a mentor and friend, we considered him a member of Metallica. We learned so much from Dave in the all too brief time we had together. But more than anything, Dave was our good friend and we will miss him tremendously. In his passion for his craft, we found a truly kindred soul – Dave lived to see people enjoy what he created, and we enjoyed every minute of our collaboration on our Blackened Whiskey with him.  And judging by the smile on his face whenever we were together, we think the feeling was mutual

John Billelo, CEO, Sweet Amber Distiiling / BLACKENED Whiskey – We are so incredibly saddened to learn of Dave Pickerell’s passing. Dave was not only one of the most forward thinking and ground breaking distillers to ever walk the earth, he was also a great friend. He was kind soul with an unstoppable passion for his friends, family, and for the world of whiskey. He will be greatly missed as a friend and as a legendary member of the spirits industry family.

Cathy and Jeffrey Baker, Otto, Alex, William and The Hillrock Team – Dave was a true industry icon, with an amazing wealth of knowledge and a personality to match.He has rightly been called the “Johnny Appleseed” of craft distilling and has changed the face of spirits and touched the lives of many. Over the past eight years we developed a deep friendship working together to build Hillrock Estate Distillery, from the idea of creating a world class “field-to-glass” whiskey distillery on or farm in the Hudson Valley to an exciting reality.

We appreciate all his help and guidance and will miss him dearly. It is with great sadness that we give our condolences to Dave’s family and friends for their loss. I hope they can take some small comfort knowing that his legacy will certainly live on at Hillrock.

Danielle Eddy – Friend and Colleague – There is only ONE Dave Pickerell. A modest man who had an immense talent for creating great things – be it distilleries, whiskeys, or relationships – he was larger than life. His family were his friends, and friends were his family. As a Master Distiller he was a true story teller. In the end, I believe his legacy will be his greatest story.

Frank Coleman – SVP, Distilled Spirits Council – Dave Pickerell was a true icon in the distilling world, and an innovator and mentor to so many.  With Bill Samuels at Maker’s Mark, Dave helped launch the premiumization of Bourbon, a trend that has swept around the globe.  He was a leader of the original team of distillers involved in the restoration of George Washington’s Distillery and the recreation of the first Rye Whiskey at the site in 200 years. That effort in the early 2000s sparked the revival and subsequent boom in Rye whiskey that followed.  And, through his teaching, consulting and friendship, he was a founding father of the craft distilling movement that is exploding in the United States.

147
Shares
1k
Views
Share on FacebookShare on TwitterGet Our Newsletter
Get The Glenlivet 18 Year Old at ReserveBar. Shop now!