When one speaks of the modern day distiller legends of the American whiskey world, the name Dave Pickerell is certainly one held in very high regard. The former master distiller at the very popular Maker’s Mark bourbon brand Pickerell, in recent years, has been making a name for himself not only as the driving force behind the WhistlePig and Hillrock whiskey brands, but also as the guy behind the scenes of some of the most well known craft whiskey labels out there today.

Pickerell, recently in Portland, Oregon to talk about WhistlePig, sat down with The Whiskey Wash for a lengthy interview about his life, his time at Maker’s Mark and his experiences in the craft whiskey world. We’ve broken this interview up into three segments, the first of which we are publishing today. Watch for the second and third parts early next week.

Note this interview has been edited for clarity and brevity. 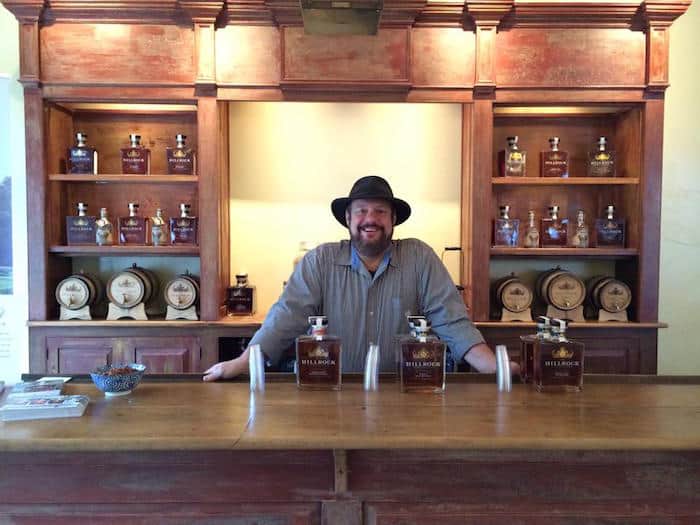 Whiskey Wash (WW): We’re here with Dave Pickerell, whiskey mastermind. Dave, can you tell us a little bit first about your background and how you got into making whiskey?

Dave Pickerell: I’ll give you the Cliff Notes of it anyway. I grew up in a dirty suburb of Dayton, Ohio. To give you an idea of the house that I grew up in, it cost $14,000. From my little kid perspective, our family fun was we’d get in the car and drive on Sundays…you couldn’t do that without passing a factory or two here or there. I was always up on my knees looking at all the pipes and tanks and everything and would start peppering my dad with questions: “Why is this pipe here? What’s this smoke coming out of that stack? You know, what’s that?”

By the time I was five, I said, “Fine. I’m gonna be a chemical engineer.” By the time I was ten, I knew that I needed every science and math course known to man. We had no system of advancement so I took summer school classes to get ahead. I knew that I needed somebody else to pay for college. The only way I could think [of] in my kid mind was to play sports, [to] figure out what sport you’re good enough [at] to earn a scholarship.

Fortunately, West Point gave me a scholarship to go play football. I got my bachelors degree paid for by the army and majored in chemistry. I was still planning on eventually being a chemical engineer and thought, “Okay. Well, I got my bachelors out of the way. Now I just have to serve my obligation and then I’ll go find a way to pay for a masters.”

West Point invited me to come back as a professor of chemistry and offered me, for the mere cost of a extra six years of obligation, a masters degree in chemical engineering.

While I was studying chemical engineering, my mentor discovered that I’m kind of an idiot savant at distillation systems. It’s not that I’m smarter, I’m not, but for some reason I can close my eyes and see molecules running around in a still and I know where they’re going and why. After I graduated, I went off to finish my obligation in the military and then, teaching chemistry in West Point, I was going to go be a chemical engineer.

I asked my mentor if he would give me a letter of recommendation. He basically said, “No. I’m gonna go a step farther. I’m gonna tell you where you’re gonna work.” There was this little consulting firm in Louisville who did nothing but beverage alcohol. He hooked me up with them. Seemed like a fun deal.

WW: What year is this era?

Pickerell: This was in 1989. There’s this little company called Ro-Tech. It no longer exists but its principal was an incredible chemical engineer and he had the ear of all of the big guys. They had more work than they could handle. They needed another chemical engineer so I came on. For six years, literally, I ran around the world building distilleries and parts for all the big guys. 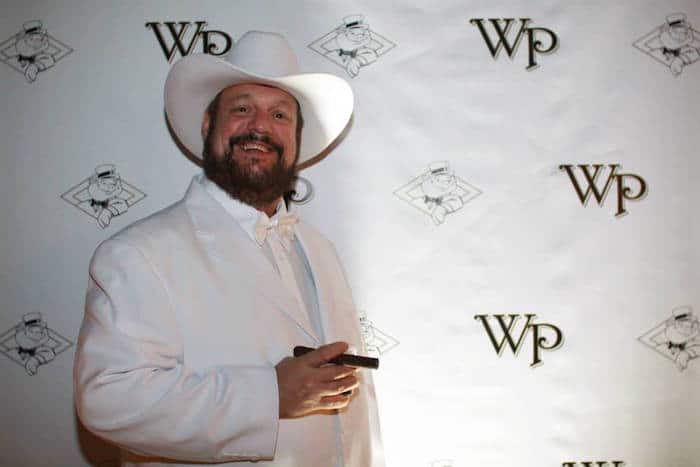 WW: Mostly outside of the US?

Literally, one day I was consulting at Maker’s Mark [when] Bill Samuels just walks out of the office and he goes, “Hey, come here a minute kid.” I ran over and said, “Yes, sir?” He goes, “Did you know that we’re looking for our next VP Operations and Master Distiller?” I said, “No, sir. I didn’t.” He goes, “Well, we are. We’d exhausted the entire candidate pool, didn’t like any of them, but we like you. And if you want it, the job is yours.”

That was my entire interview. I think I stuttered longer than the interview.

WW: What year was this?

WW: What was the state of Maker’s Mark at that point?

Pickerell: No. Contrary to popular understanding, Maker’s was actually bought in 1981 by Hiram Walker. Most people think that the Samuels owned it right up until Beam bought it, but it was actually a publicly held company for 24 years before Beam got it.

Somebody [once] was whining about Maker’s Mark being foreign-owned and I go, “You don’t understand. Maker’s Mark has been foreign-owned since 1981, except for a short window when Beam had it. They were owned by a Canadian company, Hiram Walker, first. Then, in 1989, Hiram Walker was bought by a British company Allied Domecq and then Allied Domecq held onto it until 2005 when Pernod Ricard, a French company, bought it. Then Pernod Ricard turned around in 2005 and sold it off to Beam. We went from being Canadian-owned to British-owned to French-owned to US-owned and now to Japanese-owned.

WW: What were your specific duties at Maker’s [during the 14 years you were there]?

Pickerell: Literally, I was the number two guy. Basically, it would be easier to say if you took finance and marketing out, everything else was mine, [including] production, quality, health and safety, environment, tourism and then, in some regards, marketing. In that I got to go out and spread the gospel of Maker’s Mark.

It’s a fairly wide scope, which is what really set me up for what I do now because I got the opportunity to see pretty much the whole shebang, so I can [now] offer experience in a very wide range of distillery topics including managing a brand to an explosive growth period.

WW: What prompted the departure?

It was a lot of engineering and I did all of that as well. I did the engineering and construction management for all of the expansion stuff. Sometimes that meant that I did two jobs a day, that I come in and do construction management while the contractors were on site and then they’d leave. I go fire up the cigar, walk the grounds, and then go back in my office and I do distillery operational management stuff for the next shift.

Literally, there was a period of 18 months at one point in time where I never saw my house in the light of day. It was intense but I learned so many valuable things for doing that. I can’t say enough about how wonderful Maker’s was to me. They equipped me with a lot of things.

Pickerell: They sent me to school to be a Certified Personality Analyst. They paid for me to go to Babson School of Entrepreneurial Studies in Massachusetts. They gave me unbelievable PR training and the best PR specialist, the one that does all the politicians and everything. That person trained me in PR, everything from what to say and what not to say to how to say it to silly things like when somebody is taking a picture of you outside, know that they best picture is when you’re looking right in the sun and how to do it without squinting. I didn’t know [however,at the end of this training that] there was a final around this.

WW: Tell us a little bit about that.

Pickerell: One day I’m up in the office. We’re having a staff meeting and partway to the meeting, Bill takes a call and goes, “I got to go. Dave, can you wrap this up?” I go, “I got it.” He’s off. We’re just going to finish up the staff meeting and this guy, Gary Roedemeier, who was kind of the number one news anchor in Louisville, comes barging into the room with a camera, lights, and a microphone. He just comes charging into the room, alleging that somebody has just died after consuming Maker’s Mark and demanding to know if the consumers were safe or if they should be taking their bottles and turning them in or should be disposing of them. Just intense, lights on and microphone right in the mouth, demanding answers.

And so, at this point in time, it’s premature to make any announcement. But if you’ll give me until 4:00 this afternoon so I’ve got a little bit of time to investigate this and see what the issues are, I’ll be glad to give you an exclusive interview.”

I got down hitting all the points…[then the] lights go off, [the] camera goes down [and] in walks Bill and the PR consultant. They said, “Congratulations. You just passed the final. You are now authorized to speak on behalf of Maker’s Mark without permission.”

WW: That whole thing was a mock?

Pickerell: It was just a mock to see if I could handle it. That’s the level of education and training that they gave me. Plus, [with regards to] Bill Samuels, I would say he’s not a mentor in a traditional sense. What he would do is if there was something you needed to learn, he would just assign it to you. Then he’d give you enough rope to hang everybody and say, “Go figure it out,” knowing full well that if one sinks, all sink. It was an incredible motivator to go figure it out.

I have no ill feelings about Maker’s at all. I learned so much. I still, to this day, sign Maker’s Mark stuff. I’m amazed that people still ask me to. 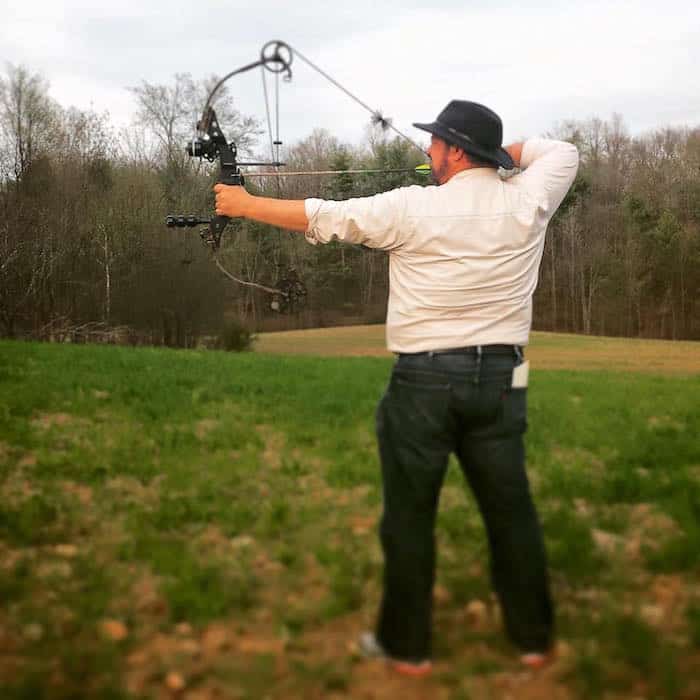 Dave Pickerell, a man of many things (image via WhistlePig)

WW: People associate you with the brand still?

Pickerell: [Recently I was] just sitting in a bar…next to the owner and we’re just chitchatting back and forth. There’s a…barrel that’s a Maker’s Mark barrel [with] wax drippings and the whole thing [nearby]. He goes, “If you wouldn’t mind,” pulls out a magic marker and says, “Would you go sign my barrel?”

WW: What did you go?

Pickerell: It’s been seven and a half years but sure, what the heck. I go sign his barrel.

Join us again Monday to read part two of this interview, in which we talk with Pickerell about his WhistlePig and Hillrock whiskey projects.