For rye lovers, the Michter’s 10 is a much sought-after bottle. I wouldn’t call it a “unicorn,” but it’s one those in the know will snap up if they see it on the shelf somewhere. It can be hard to find, and even harder for anything close to MSRP.

The Michter’s 10-year rye isn’t released every year, and the distillery said ahead of time that this one would be a limited batch. Michter’s did announce it’s expanding its grain-growing operations in Springfield, Kentucky, from 145 acres to 205. In theory, this should increase the volume of what Michter’s can produce in future years. Regardless, this remains a rare bottle to find for now.

Michter’s likes to say its 10-year rye “continues the legacy of America’s first whiskey variety (rye) from America’s first whiskey company.” The distillery ties its history to Shenk’s, which opened in Pennsylvania in 1753 – and, no doubt, made Monongahela Rye. That distillery eventually became Bomberger which, following Prohibition and another couple of decades, became Michter’s.

Michter’s declared bankruptcy in 1989, and the name was later bought and shifted to Kentucky. So, technically, the marketing team isn’t wrong to draw that long line from 1753 Pennsylvania. Regardless, of course, what matters is the quality of the juice in the bottle today.

My Whiskey Wash colleague Kenji Mizumori reviewed last year’s release, which he gave high marks. In general, Michter’s releases these days are all well-regarded. The only 5-star rating I’ve ever given for this website was for the Michter’s 25-year Kentucky Straight Bourbon, late last year.

One significant question I had about this particular rye before I opened the bottle was whether, at 92.8 proof, it would offer an intense enough experience to justify all the hype – let alone the cost. The barrel reviewed here is #21F1617, which means it was poured into the bottles in June of this year (F, the sixth letter in the alphabet, stands for the sixth month). 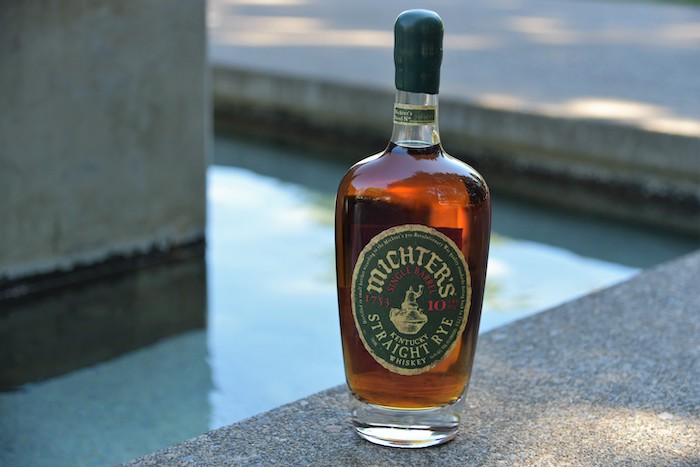 Vital stats: Mash bill undisclosed; 92.8 proof/46.4% alcohol by volume; MSRP of $170 for a 750 ml bottle, but secondary prices are averaging about double that.

Palate: Charred toastiness is evident from the first sip, with something underneath that reminds me of a chai latte. This is a whiskey that melts in your mouth; it’s chewy, with a riotous mouthfeel that comes from the rye. I taste cinnamon and cloves, along with a dark sweetness that brings molasses to mind. It fades into a medium-long honeyed finish.

My concern about 92.8 proof not being intense enough turned out to be unfounded. There’s plenty going on in this whiskey, regardless of the alcohol content. The standard against which I measure most ryes is the E.H. Taylor Straight Rye, and decided I like the Michter’s 10 better in a side-by-side comparison. (That’s saying something, because I really like the E.H. Taylor.) There’s just a warmth and toasted quality here that other ryes don’t typically have.