Editor’s Note: This whisky was provided to us as a review sample by Michter’s. This in no way, per our editorial policies, influenced the final outcome of this review. It should also be noted that by clicking the buy link towards the bottom of this review our site receives a small referral payment which helps to support, but not influence, our editorial and other costs.

The Michter’s brand and its legacy in American whiskey history stretches over the course of multiple centuries. It is said the original whiskey company was founded back in 1753 in Pennsylvania, becoming a popular rye whiskey maker over time. Prohibition impacted it like so many others, and the subsequent decades that followed were not kind to it, ultimately being shuttered and abandoned in 1989.

Fast forward to today and, with new ownership, multiple locations in Kentucky and plenty of whiskey both in barrel and being distilled, one gets a sense that the fortunes of this brand are going in a dramatically different direction. There’s pride in the whiskey coming from Michter’s, and it is something we’ve found through multiple reviews over the past few years.

For 2020 Michter’s has once again released a 10 year old, single barrel Kentucky straight rye whiskey, pricing around $160 per 750 ml bottle. It was noted by the brand that, because of tight allocations, this will be the only release of this particular bottling for this year.

“I just love Kentucky style rye because it has not only great spice, but also the richness and the balance that comes from having a fair amount of corn and malted barley in the mashbill. And I think the 2020 release of our 10 Year Rye is an outstanding example of Kentucky style rye,” said Michter’s Master Distiller Dan McKee of it.

“There is nothing quite like really good rye distillate that’s been aged with thoughtful care for over a decade in a barrel that was toasted and then charred and in a warehouse that has been heat cycled to produce a deep, rich flavor profile perfect for sipping,” added Michter’s Master of Maturation Andrea Wilson. 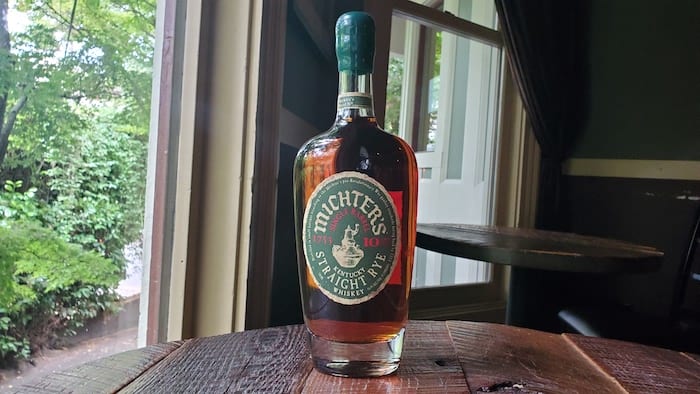 Nose: A bouquet of orange zest, rye spice, and toffee. The nose is well balanced with a bit of heat, along with lingering notes of oak and a touch of Granny Smith apples.

Palate: The first sip finds flavors reflective of the nose. The whiskey has a medium body, and on the palate there’s some big rye spice and orchard fruit right up front. The long finish is accentuated by a heavier presence of oak and leather.

This rye whiskey is a win. A nice fall or winter sipper to comfort you when the air gets chilly. Or whenever, really. There are plentiful layers of flavor from start to finish. And yet unapologetic for the simple narrative of the tasting experience. Just a good story, beginning, middle, and end.

The price point does sting a bit at $160 per bottle. However, it is worthy of keeping around in your personal stash at home or for special occasions with friends.