There’s no conflict when it comes to Barrell Craft Spirits: I’m a fan. Many of my colleagues are as well. Barrell does not make whiskey on its own. They are, like their company name calls up, crafters: They find and blend products that touch on various types of distillation, such as their New Year, or one of their numbered batches, or something like their Armida which is finished in pear brandy, Jamaican rum, and Sicilian amaro casks. All Barrell’s whiskies are bottled at cask strength, which is good if you like high-proof, high-powered stuff. (Spoiler alert: I do.) All Barrell’s stuff is also limited release—so if you have ADD, as we all sort of do (especially these days), if you like what you taste (or see in the liquor store and think, “why not?”) the time to act is right then and there. You snooze, you lose, shoppers!

I was especially delighted when I got the sample of Barrell Seagrass to review, because I love the beach (or coast, or shore, or oceanside, or seaside, or whatever the hell you want to call it). My significant other, however, grew up at the beach and—like many of us who have had less-than-idyllic upbringings—doesn’t enjoy returning to things that remind him of childhood. So: conflict when the beach is suggested. But I digress: Let’s talk whiskey! Of course it makes sense to develop a whiskey that evokes the ocean and all it holds. Think of all the literary references!

Even Barrell’s own description of the whiskey evokes gulls, windswept dunes, and the ebb and flow of foamy waves. How did they get to this? Well, they blended a selection of “meticulously sourced” American and Canadian rye whiskeys, and finished it in Martinique rhum, Malmsey Madeira and apricot brandy casks. Just reading that made me feel like I’d unearthed a pirate’s treasure of tippling. I couldn’t wait to give it a go. I did worry that it could come across as too high-concept and fall flat, but when something’s this interesting, it’s definitely worth giving it a taste. Besides, it won a double gold at the 2021 San Francisco World Spirits Competition, so “how bad could it be?” 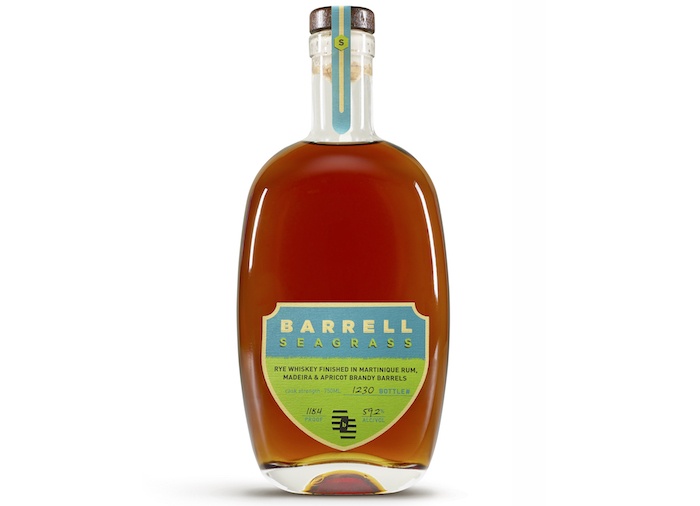 Appearance: Well, it already looks like the beach in a glass. They really got it right—at least on the color–thus far. It’s the light brown of dune grass. Sand at sunrise. Wicker. Like a classy beach house, not one of those cheesy ones with ship wheels and fishy-smelling rope thrown on walls to serve as décor.

Nose: This does not have a typical rye nose, to me. It does have a tropical-esque scent; it smells more like a rum or brandy. So I definitely get the apricot brandy finish. Sweetness. Pineapple. But it’s grounded in other, more typical, smells you might get from whiskey: vanilla and caramel, almost like a corn bourbon. I get more of that vanilla and caramel scent than a grainy or cereal one. It’s sort of a weird mix of smells: a new liquor organism, with ties to both rye and bourbon whiskies and also rum and brandy. It’s got a toehold in many different worlds.

Palate: Oh, this is interesting! It starts a trace hot and ends sweet. If you don’t like rye or you’re unsure about rye, I would definitely give this a whirl, because it’s not a typical rye whiskey—but again it’s still kind of grounded in it. This is almost like an after-dinner drink. Like say someone gave you madeira and you had a little left in your cocktail so you took the last gulp of your whiskey cocktail and then immediately took a sip of madeira. Or maybe you used the same glass. This has a nice mouthfeel, too: round but not heavy, and not  thin or astringent. Barrell makes strong whiskeys but often, they don’t taste super-strong to me. This is one of those. There’s a lightness to it. Another good summertime whiskey. Besides, what is summer without a little experimentation, right?

Does this evoke a taste of the sea? Sure. I could see drinking this on a Nantucket back porch facing the water. But I’d be happy drinking this in an apartment in front of a wheezing, drippy air conditioner, too. I would be happy as long as I had this by my side. That sounds sad, but it’s a really cool and unusual whiskey. I’d pick some up, because—like a gorgeous Pacific Northwest summer—it won’t stick around long.