Plenty of great writers, including the ones on this list, have been whiskey drinkers—and unsurprisingly, whiskey also has a tendency to show up in their books. Here’s a short rundown of some boozy moments in literature, classic and otherwise: 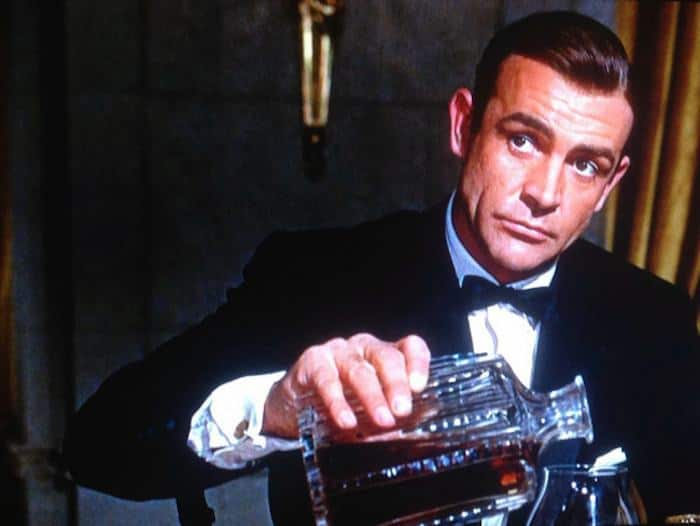 Whiskey makes an appearance in several of Steinbeck’s books, including his magnum opus, The Grapes of Wrath. Tom Joad drains a pint in the early chapters as he makes his way back to the family homestead. His uncle John, meanwhile, has a well-known proclivity for whiskey and “jake,” an infamous Prohibition-era patent medicine that was both mostly alcohol and known to cause nerve damage.

Well-known alcoholic Ernest Hemingway was fond of many drinks, and while most people probably associate him with daiquiris or absinthe, he was also a prodigious whiskey drinker. Supposedly his real-life drink of choice was a scotch and soda, and that drink appears more frequently in his writing than any other—notably in The Snows of Kilimanjaro. In the autobiographical A Moveable Feast, he pounds quite a few whiskeys between rounds of smack-talk about F. Scott Fitzgerald and Gertrude Stein.

The best-known Bond drink may be a vodka martini (say it with me: shaken, not stirred), but over the years, the MI6 agent has also indulged in plenty of whiskey. Although several of the Bond films feature Talisker or Macallan, in the books, he often drank bourbon, a choice that was apparently based on Ian Fleming’s real-life preference for American whiskey. Supposedly, Fleming switched from gin to bourbon on the advice of his doctor, who thought it might be marginally less damaging to his ailing heart.

Like his contemporary, Hemingway, the southern gothic master drank constantly; unlike Hemingway, who preferred to write “cold,” Faulkner’s writing was fueled by bourbon, corn whiskey, and mint juleps. Whiskey features in his writing, too: Joe Christmas, a central character in his 1932 novel Light in August, is a bootlegger in the Prohibition-era south.

Katniss Everdeen, the heroine of this dystopian YA series, hails from a post-apocalyptic Appalachia, re-designated District 12 by the authoritarian Capital. Besides imagining it as a coal-mining hub, author Suzanne Collins gives another nod to the area’s real-life history: in Catching Fire, several characters, including Katniss herself, are depicted drinking moonshine (referred to as “white liquor” in the book).