During the hottest, steamiest summer days, nothing hits the spot like ice cream. But until recently, most ice cream had a fatal flaw: it didn’t involve whiskey. Those times have changed. I’m spotting boozy adult milkshakes on bar menus all over the country, including many that prominently feature whiskey.

And why not? Whiskey and ice cream are one of those pairings where each component makes the other better. Ice cream’s bland, sweet creaminess benefits from the kick of whiskey, and whiskey benefits from ice cream’s tempering influence, especially on a warm afternoon.

When putting whiskey and ice cream together, you don’t need to use the finest whiskey in the cabinet; cold can mute the more subtle flavors of whiskey, and you don’t want to lose the nuance of something really special. However, it definitely behooves you to go premium on the ice cream. Premium ice creams are denser than the cheaper stuff, which means they don’t melt quite as fast, and they often have stronger flavors that stand up to big-bodied whiskeys.

There are a few main ways to bring whiskey and ice cream together: separate but near, or thoroughly blended into an adult milkshake. You can also go the buy it in a store route if you are feeling super lazy. 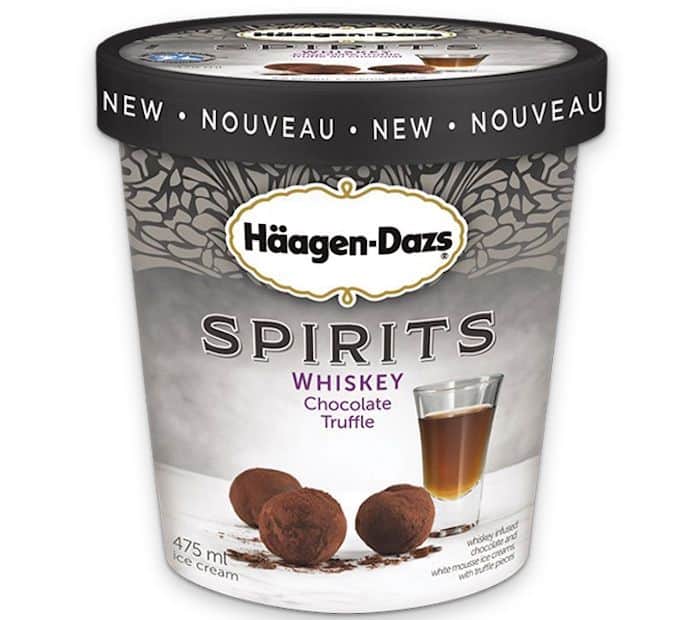 A bowl of ice cream and a little nip of whiskey are a surprisingly perfect pairing, especially on a hot summer night. Try matching Cherry Garcia with bourbon, lemon sorbet with peated single malt, or dark chocolate with spicy rye.

Alternatively, few things perk up a bowl of plain old vanilla ice cream like a few drops of whiskey. And you really do need just a few drops – a half a teaspoon is enough. During a recent heat wave, I cooled off with a bowl of vanilla bean ice cream topped with a spoonful of peach jam and a light drizzle of Barrell Bourbon 010. Heaven.

Adding whiskey to milkshakes is easy, although it’s important to remember that alcohol’s higher freezing temperature will make a milkshake melt faster if you add too much (alternative: drink it fast!).

Malted milkshakes are a soda fountain classic, so why not take it a step further and add a bit of malt whisky next time? A simple recipe that serves two: Two cups ice cream, two cups ice, one cup milk, two tablespoons malted milk powder, two ounces single malt (Glenmorangie is nice, but any whisky with a sweet, rich, grain-forward flavor profile will do nicely). Whizz, serve, enjoy.