Japanese whisky has become a hot commodity in the global whisk(e)y market, especially when compared to Scotch. Rarer bottles of Japanese whisky regularly command top dollar at auction, occasionally setting records in the process. This has now happened again via a record sale of a 50-year-old Yamazaki expression in Hong Kong. 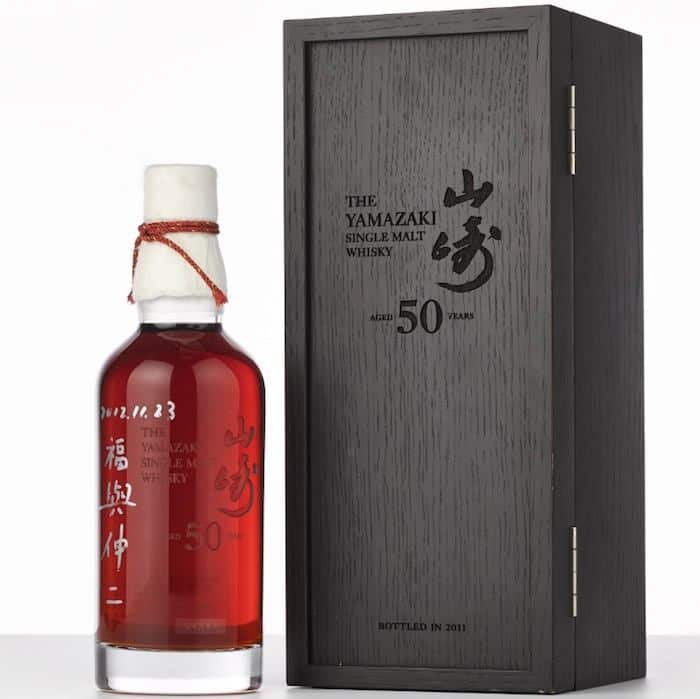 “We are absolutely thrilled with the new world auction record set by the Yamazaki Aged 50 Years NV, the highest price achieved for any single bottle of Japanese Whisky, illustrating a whisky market in full swing.” said Paul Wong, Specialist, Sotheby’s Wine, Asia, in a prepared statement.

50-year-old whisky seemed to be a popular top seller for this particular option, with a 50-year-old Macallan netting close to $63,000 and a 50-year-old Karuizawa pulling in around $55,000. There were no mentions of names of the specific buyers of these bottlings, or if they were acquired separately or by one person with a thing for half century old liquors.

The Yamazaki 50-Year-Old, for those unfamiliar with it, is said to have been aged half a century in rare mizunara wood. It has been released in very small allotments several times over the past decade or so, and it was not immediately clear from which particular year this was bottled. The distillery itself, which we visited last year, was founded in 1923 and today is owned by Beam Suntory.