Japanese whisky seems to quietly have been content for a long time growing in the shadow of its much more well known Scotch and bourbon cousins, biding its time to emerge as a dominant force in the industry. Times do change, however, and now some recent auctions of the rarest of the rare of this whisky type suggest it has now stepped out into the limelight as a force to be reckoned with.

The most recent auction which caught our eye just finished up in the last couple of days over at Whisky-Online Auctions. It was here, when the virtual gavel fell to close the auction, that a rare bottle of 48 year old Karuizawa that was put to barrel back in 1964 commanded a staggering over $26,500 price tag! It is recorded by the auctioneers as being one of only 143 bottles ever produced from this release, having been bottled exclusively for Wealth Solutions in Poland from sherry cask number 3603. 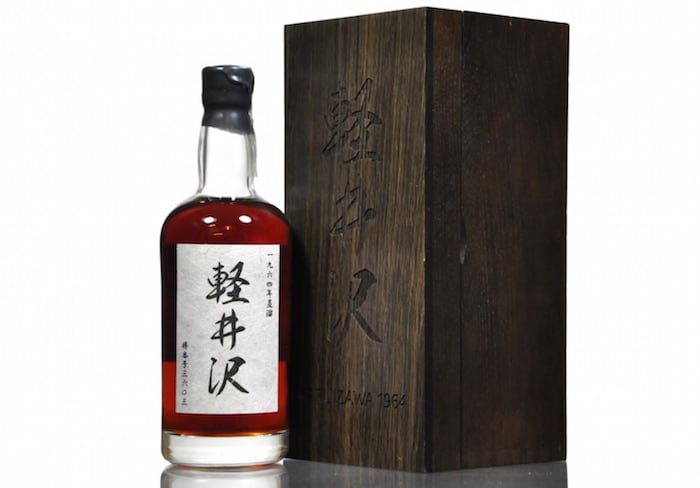 And, as if this wasn’t jaw dropping enough, The Drinks Business takes note of a rare whiskies auction put on by Bonhams last month in which a number of Japanese offerings went to new owners at even higher prices. The three of note include a 13-bottle collection of Hanyu Ichiro’s Malt-Cards Spades (over $44,000), a 1981 Karuizawa (over $17,000) and, most impressively, an uber rare Yamazaki 50 year old that burned the house down at over $39,500.

These extremely expensive Japanese whiskies, all total pricing well over $127,000, are just the tip of the iceberg for the rising tide of popular bottlings emerging from this island nation. The highly regarded Whisky Bible, put together by noted whisky writer Jim Murray, earlier this year named the rather previously obscure Yamazaki Single Malt Sherry Cask 2013 as the best of the best in its 2015 edition. This certainly shocked many in the Scotch world, sending a wake up call that an international battle of single malts has begun.

274
Shares
585
Views
Share on FacebookShare on TwitterGet Our Newsletter
Read More Whiskey News
Whisky Reviews: Moon Harbour French Whiskies
Cheers to the Dads! Personalize a bottle of his favorite whiskey to create a modern gift for the modern man. Use code: FATHERSDAY20 for $20 off your next order of $100 or more at ReserveBar