A Visit to the Yamazaki Distillery

The birthplace and spiritual home of Japanese whisky is the Yamazaki distillery, founded by Shinjiro Torii in 1923. Distillation began on November 11, 1924, and just a few days after the 92nd anniversary of that date, I toured its now hallowed grounds.

Yamazaki shares the name of its town, and is located a short drive outside of Kyoto. For Western whisky tourists, a trek to the distillery likely includes flying in through Tokyo, and then hopping on the bullet train to Kyoto, which takes about two and a half hours. Another option is flying through Osaka’s Kansai airport. Either way, fight off that jetlag, because you’ll want to be at full strength for this experience. 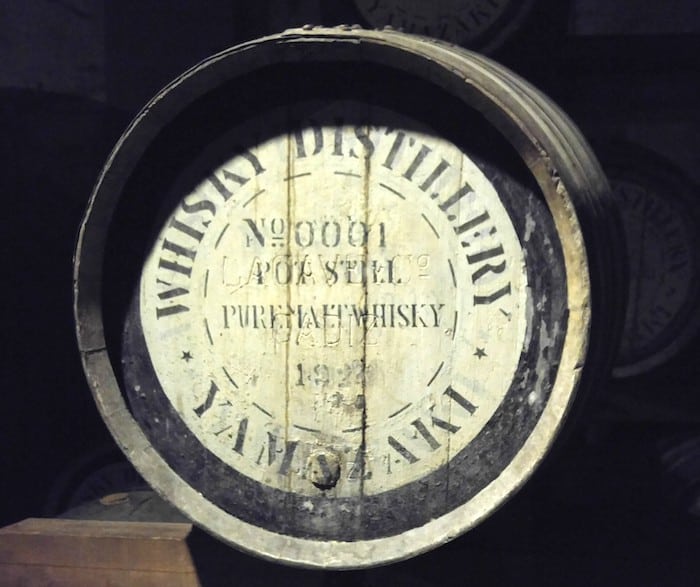 The site for Yamazaki was chosen for its overall climate and surroundings, but more specifically, for its water source, with three rivers converging in the area. Some four to five hundred years prior, highly influential tea master Sen no Rikyu chose the same site and water source, and for Suntory, the foundation of great whisky is pristine water.

“In order to have good whisky, you have to have good water,” says Mike Miyamoto, Suntory Whisky global brand ambassador, and a former Yamazaki distillery manager. Yamazaki’s is measured as having 90 mg/l of mineral content, defined as “semi-soft” water. Suntory’s other malt whisky distillery, Hakushu, has an even softer water source measured at 30 mg/l.

The most famous component of the Yamazaki distillery though is the stillhouse. A walk through offers a whisky wonderland of still shapes and sizes, and an experience unlike anything found in Scotland, Ireland, or the United States.

Yamazaki now boasts a total of eight sets of pot stills, seven of them entirely unique. The latest editions from 2013 were identical pairs, and are housed in a separate room apart from the prior six sets in the main stillhouse. Annual production capacity is over 6 million LPA. 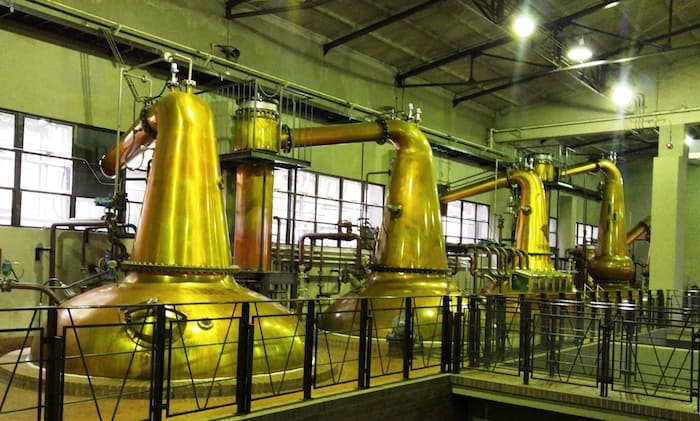 The stills at Yamazaki (image via Jake Emen/The Whiskey Wash)

The multitude of still types in all of those different shapes and sizes, line arms going this way and that, kettles ranging from bulbous to stout, is more than just an aesthetic marvel; it’s the key component to allowing the distillery to produce such a vast array of whisky types. “The shape of the pot still gives the character of the flavor of the spirit,” explains Miyamoto. He’s referring to the first distillation of the run, while noting that the second run’s job is to derive as much flavor as possible from the result of the first run. “The decisive factor should be the first distillation.”

As opposed to the Scotch industry, where blends may pull in whisky from a handful or dozens of distilleries, Suntory is entirely self-sufficient. Between Yamazaki and Hakushu, as well as their grain distillery, Chita, Suntory can produce well over 100 types of whisky all on its own. The Hibiki lineup includes whisky from all three distilleries, while a full line of Yamazaki and Hakushu single malts are available, along with newer offerings, such as Chita grain whisky sold on its own, and the Suntory Toki blend, an introductory Japanese whisky well adapted for highballs and cocktails.

At Yamazaki, they can produce a theoretical 70 types of whisky from one distillery when you account for the seven types of stills, along with two fermentation styles, and five different cask types. Also of note is that Yamazaki produces both peated and non-peated whisky, with the bulk of production being non-peated.

The aforementioned difference in fermentation comes from Yamazaki’s usage of both wooden and stainless steel wash backs, 50,000 liters in size. The belief is that the wooden wash backs are able to produce creamier flavors and an overall stronger character thanks to the presence of lactobacillus which remains in the pores of the wood even after the washbacks are cleaned, whereas those bacteria are unable to linger in stainless steel washbacks.

In either case, the wash ends up at approximately 7% ABV, after a fermentation of between 60 and 70 hours. A careful whiff off those washbacks offers a rather estery, fruity result.

Overall, Suntory has approximately half a million Yamazaki casks aging. The bulk of that is at their Ohmi warehousing facility, about 40 miles away from the Yamazaki distillery. There are approximately 20 warehouses on that site, with traditional dunnage style storage and no climate control.

Besides physical space, one reason for the shift to Ohmi was a change in environmental conditions over the past century. “The environment at Yamazaki distillery is different than it was 90 years ago,” says Miyamoto. “We believe that the condition of aging is not the same as we used to have.” Ohmi is in a less developed area, with surrounding forestry and suitable levels of humidity.

Roughly 30,000 casks are kept on-site at Yamazaki, including cask 0001, the very first they ever produced. While it doesn’t hold that original juice, the cask has been refilled and has stayed in usage since production began. The oldest whisky still at the facility is said to be between 55 and 60 years old.

As indicated above, Yamazaki uses five different cask types for maturation. This includes ex-bourbon casks, American white oak puncheons they produce at their cooperage, hogsheads, Mizunara oak casks they also produce on their own, and Spanish oak ex-sherry casks. A sixth type, French chateau casks, is used to finish certain whiskies, but is never used for full maturation.

There are several production differences between Yamazaki and Hakushu. At Hakushu, only wooden washbacks are used, barrels are kept racked rather than in dunnage, and only four cask types are used, with Mizunara casks not in play. Stylistically, Hakushu is more known for its combination of refreshing, light fruit and smoke; Yamazaki, more for its sweet richness and sherry influence, touched by Mizunara spiciness. 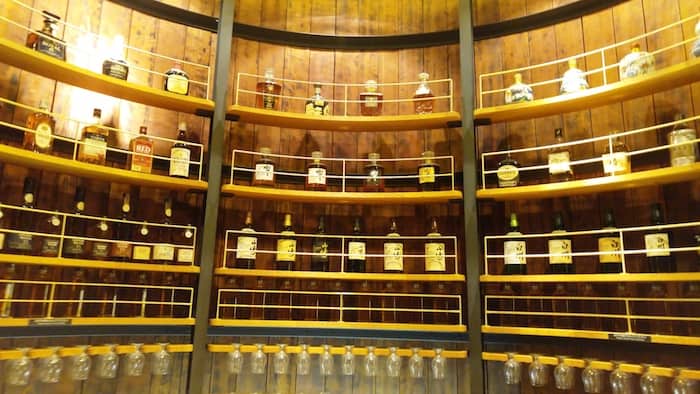 In either case, proper blending is the key to their whisky, and producing what they call Suntory’s signature “subtle, refined, yet complex” style. Shinji Fukuyo is Suntory’s fourth-ever chief blender, while Shinjiro Torii’s grandson, Shingo Torii, is Suntory’s third generation master blender.

Any trip to the Yamazaki distillery should conclude with a stop at the onsite tasting room. The beautiful whisky library and lounge showcases a vast selection of samples and bottles for safekeeping, but more importantly, offers up some wonderful deals on exclusive and prestigious releases from the Suntory portfolio. Think Hibiki 30 year or Yamazaki 25 for about $25 each, Hibiki 21 for about $5, single cask components to Hibiki 17, and plenty of others, leading to a one-of-a-kind tasting session that’s only possible in Japan.