The Canadian Club Canadian whisky brand is one that has quite a long history to it, being around for over 150 years and today owned by Beam-Suntory. It last year brought to market a very limited edition 41 year old expression as part of its new CC Chronicles premium series, and now a bottling one year older is the next release.

The new Canadian Club 42 Year Old, according to those behind it, was batched and barreled more than four decades ago. As a nod to Canadian Club’s “storied past,” it is nicknamed Issue No. 2: The Dock Man (the first was Issue No.1: Water of Windsor) “to celebrate the dock men of years’ past who consistently delivered quality whisky to bar owners and drinkers when counterfeit ran rampant during the Prohibition era.”

“At Canadian Club, we pride ourselves on our commitment to consistently crafting superior Canadian whisky,” Global Whisky Ambassador Tish Harcus said in a prepared statement. “For more than 150 years, we’ve consistently delivered quality expressions to whisky drinkers, and the release of Canadian Club 42 Year Old continues this tradition. 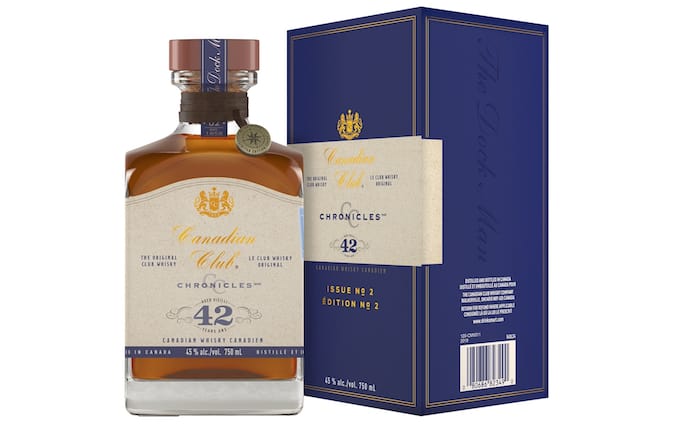 “Following the success of our first CC Chronicles release last year, we’re excited to unveil another premium, distinctive whisky that endures the test of time.”

Plans call for this whisky, bottled at 90 proof, to be made available in the United States for a price point of around $300 per 750 ml bottle. You’ll find some official tasting notes below for your consideration.

39
Shares
1.9k
Views
Share on FacebookShare on TwitterGet Our Newsletter
Read More Whiskey News
Column: Alberta Is Doing Canadian Rye Really, Really Well
Cheers to the Dads! Personalize a bottle of his favorite whiskey to create a modern gift for the modern man. Use code: FATHERSDAY20 for $20 off your next order of $100 or more at ReserveBar