Kentucky’s Limestone Branch Distillery, opened by brothers Steve and Paul Beam in 2011, has made a name for itself in American whiskey circles over the years in large part due to the revived Yellowstone Bourbon brand it owns. While the core of Yellowstone is the regular Select offering, a Limited Edition variant also surfaces yearly, providing the Beams greater flexibility to play around with bourbon blends and finishing styles.

The new 2020 Yellowstone Limited Edition Kentucky Straight Bourbon, according to those behind it, is a 7 year old straight bourbon finished in ex-French Armagnac brandy barrels. This varies somewhat from previous offerings, which have often manifested as some form of a bourbon blend finished in ex-wine barrels. 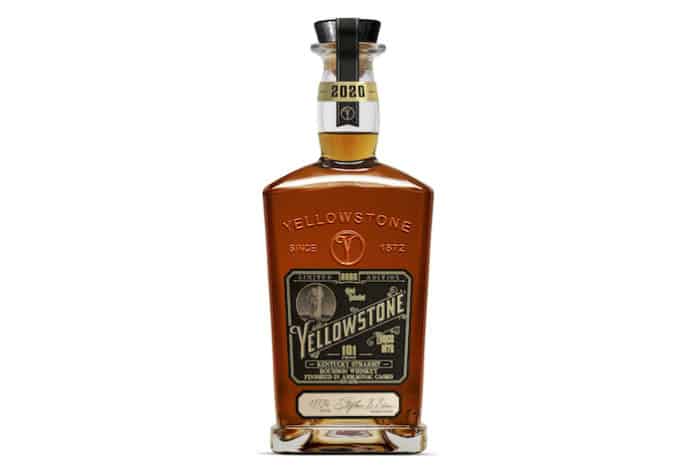 “When I began working on this limited edition,” said Steve Beam, master distiller at Limestone Branch Distillery, in a prepared statement, “I knew I wanted to finish our bourbon in a cask and I was looking for one that would add complexity and a dimension that expands the flavor profile. Armagnac is a rustic, full-bodied spirit that contributes dark fruit notes, complementing the vanilla notes in the bourbon.

“Just like a chef adds spices to enhance flavors, I believe cask-finishing should be similar, where it simply enhances the natural flavors in the bourbon.”

Beam also notes, said the distillery team, “that the French brandy, which uses several different grape varietals each with their own flavors and characteristics, creates a rich flavor and packs a bit more punch than cognacs.”

Alongside the launch of the 2020 bottling, the bottle itself has gone through a bit of a redesign, which is said to feel “timeless and vintage, similar to Yellowstone Bourbon, which has been around since 1872. The new premium bottle, designed by David Cole, also highlights the year more prominently for collectors.”

As it stands now plans call for the 2020 Yellowstone Limited Edition Kentucky Straight Bourbon, bottled at 101 proof, to price around $100 per 750 ml bottle. It is a limited edition release set for a September debut, with just 5,000 cases of it being released nationwide.

Limited official tasting notes suggest “a soft leather aroma with hints of honeydew melon, vanilla notes on the palate with hints of burnt orange and dried plum. The finish is toasted coconut with lingering oak making for a well-rounded, deeply satisfying bourbon.”