Yellowstone Bourbon is an American whiskey brand with a rather long history, dating back over a 100 year legacy to the association of this whiskey with legendary distiller J.B. Dant (son of J.W. Dant) in the late 1800s. It was said to once be the largest selling brand out of Kentucky, with ownership of it today falling to Luxco. This company, known to bourbon lovers for its Rebel Yell and Blood Oath bottlings, is now giving the bottom shelf Yellowstone a upper shelf make over through a joint partnership with Kentucky-based Limestone Branch distillery.

How all of this is playing out with the first release of what’s called Yellowstone Limited Edition is a bit complex, so let’s break it down. Luxco has had possession of Yellowstone since 1993, not distilling the bourbon themselves but instead buying it in bulk from others and bottling it under the venerable brand name. The average price of this bottom dweller is around $12 these days, definitely making it a well whiskey at best. 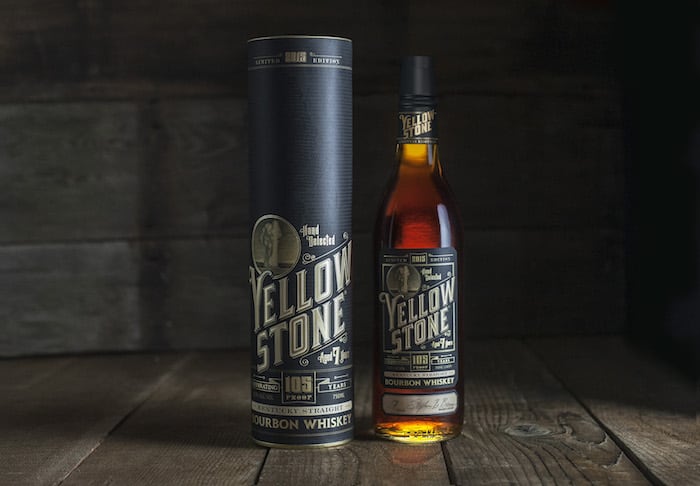 Luxco earlier this year decided to go in on a 50 percent ownership investment into the Limestone Branch distillery. This Kentucky whiskey making operation is owned by brothers Stephen Beam and James (Paul) Beam, Jr. The name Beam obviously already has much lore in bourbon making history, including in the original production of Yellowstone, and on top of this these two Beams are fourth generation descendants of J.W. Dant who, as we mentioned above, was the father of J.B. Dant. Luxco has assigned production of the Yellowstone brand to Limestone, thus bringing back to the original family this historical whiskey.

“It’s been a dream for my brother Paul and I to return the Yellowstone brand back to our family,” said Steve Beam in a statement. “With this bourbon, both sides of our family – the Beams and the Dants – and their distilling heritage, come together. It was one of the main reasons we partnered with Luxco, to bring Yellowstone back home and begin distilling and bottling it right here at Limestone Branch.”

In order to raise the bourbon brand up to more lofty, and higher shelf pricing, standards, Limestone recently began distilling and aging “the original recipe for Yellowstone” on site. While they wait for this to be ready for bottling, what’s been unveiled for 2015 is a 105 proof marriage of bourbons which include “a seven-year rye, a seven-year wheated and a 12-year rye.” Steve Beam chose the barrels himself for this offering, saying this of his process:

I hand-selected the barrels of the 12-year bourbon to add just the right notes and create a truly distinct, well-rounded flavor profile…some of the bourbon was chill-filtered, some of it was not; but what makes this combination unique is that we took the 12-year rye bourbon out of its barrels, and poured the seven-year bourbon into the 12-year barrels to enrich it and extract more flavors. This process of reusing the barrels allowed the younger bourbons to pick up the more mature notes.

It is not known what the source of any of these bourbons is, and it definitely is not Limestone given the young age of the distillery. Whether you care that much or not about this is a personal choice though, for at $105 a bottle, some will definitely want to know where the whiskey comes from.

Plans call for the enhancement of the Yellowstone bourbon brand to begin through the launch of the seven year age statement Yellowstone Limited Edition into retail in the next month or so.

198
Shares
1.7k
Views
Share on FacebookShare on TwitterGet Our Newsletter
Cheers to the Dads! Personalize a bottle of his favorite whiskey to create a modern gift for the modern man. Use code: FATHERSDAY20 for $20 off your next order of $100 or more at ReserveBar