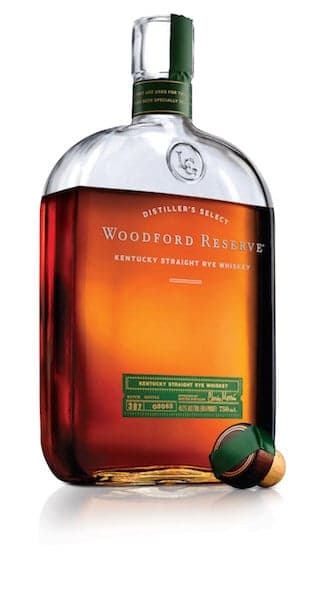 The Kentucky Woodford Reserve rye whiskey (90.4 proof, no age statement) is a relatively new offering from the bourbon maker, launched just this year. With a 53% rye, 14% malt, and 33% corn mash bill, the rye character is noticeable but not articulated quite as emphatically as some other higher-rye spirits.

It’s not Woodford’s first foray into rye. The distillery has reportedly been working with rye since 2006 and released two 100% rye spirits in 2011 under the Woodford Reserve Master’s Collection line, but they represented a pretty major departure from the core line and didn’t stick around as a permanent product.

This iteration, on the other hand, feels very much in the bourbon family, with a thicker mouth feel, sweeter corn finish, and smoother flavor profile than many other high-ryes out there.

Palate: Initially on the candy shop side with a kind of toasted marshmallow, Milk Dud-like quality and creamy mouth feel, the rye starts to come through more clearly in the mid-palate with black pepper, cherry pits, and a bit of tobacco/leather segueing to a surprisingly sweet (there’s that corn) finish accompanied by ginger and cinnamon heat as well as a bit of dry sawdust bite.

Overall, this is a tasty whiskey. It’s not going to win awards for its sophistication or complexity, nor is it what I would call a contemplative sipper for late night fireside musings, but at $38 for a 750 ml bottle it’s a nice easygoing dram and I bet it would make a great higher-end cocktail whiskey. Excuse me while I go fix myself a Manhattan.