I was at a party recently and someone asked me what whiskies I typically recommend. Barrell is one of my go-tos. Barrell is a independent craft bottler, based in Louisville, Kentucky. They obviously have a great line on some premium spirits and the palate to blend them well, because they are consistently solid. Their products tend to be high-proof but not taste high-alcohol (at least to me). 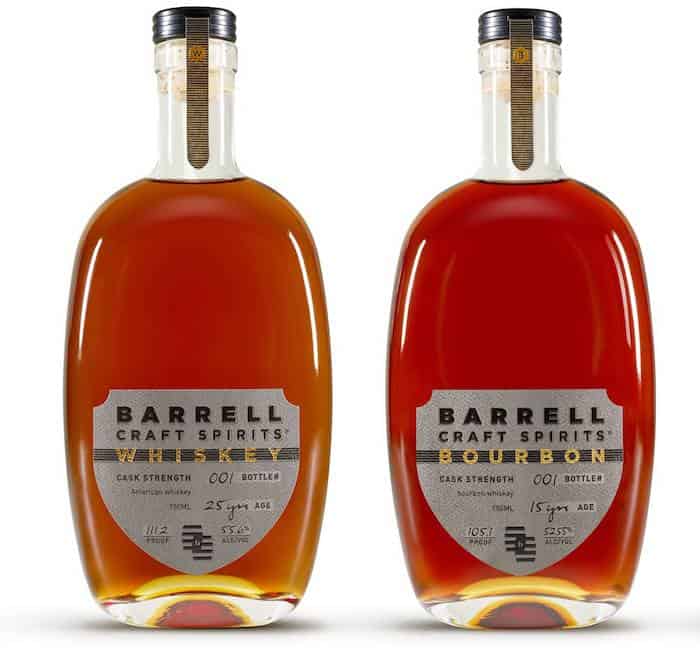 Appearance: A deep and rich amber, fiery in the glass. For real: It’s got the glow of a well-tended fireplace at a cozy cabin in February. Richness! Depth!

Palate: Smooth, and then surprising. Because it finishes just a touch smoky, peaty. It’s something the nose didn’t suggest at all. How is it that this bourbon finishes like a Scotch? The mouthfeel is bourbon-like, and there’s a nice bouncy roundness to it, which is balanced by slightly acidy peaty-ness. This is definitely high-end whiskey that tastes high-end. Is it worth $250 a bottle? I think the max I’d pay for this is about $150. That said, I would definitely not turn down a splash of this, and neither should you.

Appearance: Browner than its sibling. More of a golden brown: Think glossy highlights on a brunette. Like the tan you secretly want to get even though it’s bad for you. It’s not as rich on appearance as the bourbon.

Nose: This is also less strong than its sibling, In fact, it’s pretty darn subtle. You have to lean really deeply into it to get much, and what you get is muted butterscotch candy and animal crackers. I would have thought the Madeira aging would give it more sweetness, but it’s just enough. It’s not a fake- or cake-sweet but it does smell more like those squares of Kraft caramels than homemade caramel bubbling. That’s kind of cool, though. A little nostalgic. Like, sometimes you don’t want a PB&J on artisanal bread, you want it on the spongy white bread, with the filling oozing out the side. (Full disclosure: I think any kind of PB&J is disgusting, but my point is that sometimes nostalgia does the job.)

Palate: Oh…wow. This is really, really, really nice. It’s got maturity. It’s complex, and easy-drinking. I’m not sitting there trying to dissect every flavor molecule—it’s just freaking good.. I just want to hang out and sip on this all night. That might be problematic because of its high proof, but it doesn’t taste like high-proof. Would I pay $250 for it? When I looked at my notes, I’d written, “No, but I wouldn’t blame someone else if they did.” As I’m writing this review I’m amending that to, “Sure, but I can’t find it anywhere to buy.” Seriously, this whiskey! I wouldn’t change a thing. It’s everything I like about whiskey, and easily the best I’ve had in a good long while. If I could give it a 6/5 I would. Oh wait, I just did.