Penderyn Whisky recently announced the opening of a new flagship distillery in the historic town of Llandudno in Northern Wales.

The location started operations on May 17 and will open its doors to the public on June 1. The new Llandudno location features a signature single-column Faraday still – which produces a whisky at an industry high of 92% ABV and is key to the delicate spirit that is said to be the Penderyn signature – and for the first time in Welsh history will produce peated barley single malt whisky.

This marks the brand’s expansion into Northern Wales and the ongoing evolution of the brand itself. The distillery exceeded annual spirit sales of one million bottles for the first time and was awarded its biggest ever gold medal haul at the San Francisco World Spirits Competition. 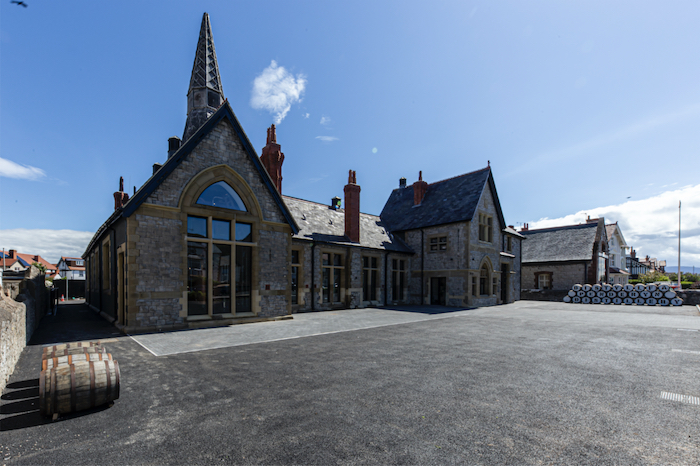 “Penderyn has always had a loyal following in North Wales. But with the South separated from the North by mountains and lakes, Penderyn has finally brought the country together. By opening in Llandudno, visited by 9.6 million tourists every year, we’re saying ‘Welcome home to Wales and to Penderyn,” Penderyn Distillery’s CEO, Stephen Davies, said in a prepared statement.

Llandudno is a picturesque Victorian seaside resort town on the North Wales coast and a major tourist attraction for its charming pier, funicular railway, numerous hotels, and stunning promenade that runs along the Irish sea for nearly two miles. Distillers at Penderyn said the setting of the distillery was an inspiration to their process.

Penderyn’s new flagship is housed within a landmarked building, the Old Board School, which dates back to 1887, and until recently served as the Conwy Council archive. The project started with an investment of £5 million, transforming the building into a world-class distillation site, housing traditional pot stills, the Faraday still, and a spacious visitor center and tasting bar designed to welcome approximately 60,000 guests per year.

“Since its inception three years ago, this has been a hugely exciting and challenging project. I’m pleased to have kept this remarkable renovation on time and on track,” Penderyn’s Director of Operations, Neil Quigley, said.