Japanese rice whisky, as we’ve spoken to in the past, is a curious little category that is finding some traction among American drinkers of whiskey looking to try something new. There’s been a bit of a cottage industry domestically around rice whiskey for awhile, but some of the bottlings come out of Japan are pretty fascinating to consider as well. One of these which I recently stumbled across is from a distillery in the Okinawa Islands.

Kumesen Syuzo was a distillery founded in Okinawa back in 1952. It is known locally there for distilling Awamori, a rice-based spirit made from long grain Indica rice and fermented with native Black Koji (a type of mold used in breaking down starches in rice for spirits production). It is not usually aged for super long periods of time, it is said, but in 1989 Kumesen apparently began longer term aging in oak barrels to create their own more unique products. 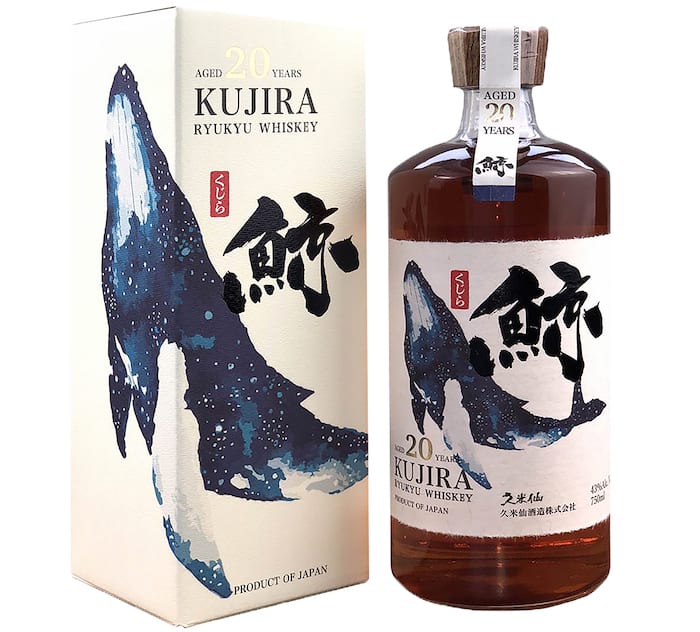 What’s now recently shown up in American liquor stores in some markets through import channels under the Ryukyu Whisky label (so named for the larger island group the Okinawa Islands belong to) is the Kujira Ryukyu 20 Years Old Whisky. It has spent its entire two decades of existence aging in ex-bourbon casks before being bottled at 43% ABV.

As a single grain whiskey offering it seems to be pricing on average for nearly $350 which, as some point out, may be a bit much for a rice offering. That being said, it is also such a one off type expression it might be worth getting a bottle just to try it if you have some extra whiskey cash lying around. As for official tasting notes, you’ll find some limited ones below for your consideration.