M&H Distillery (Milk & Honey), located in Tel Avivi, Israel, has been one craft distillery on a global level being watched by some for its potential to showcase high quality whiskies. Since its establishment in 2012, M&H Distillery launched its operations under the advisement of late whisky legend, Dr. Jim Swan, and now is ready to release what it is calling its first commercial whisky.

The new M&H Classic Single Malt Whisky, according to those behind it, was matured in a combination of ex-bourbon and red wine STR casks. It is said that, given “Tel Aviv’s unique hot and humid climate, whisky matures and extracts barrel flavour faster than in traditional whisky countries, giving its spirit the characteristics of an older whisky.”

“After years of hard work and perseverance, we are excited to finally launch our commercial whisky, noted Gal Kalkstein, owner of M&H Distillery, in a prepared statement. “It is quite a challenge to set up a distillery in Tel Aviv, but we chose to go all the way and fulfill our dream of producing whisky that proudly stands alongside leading brands from around the world.” 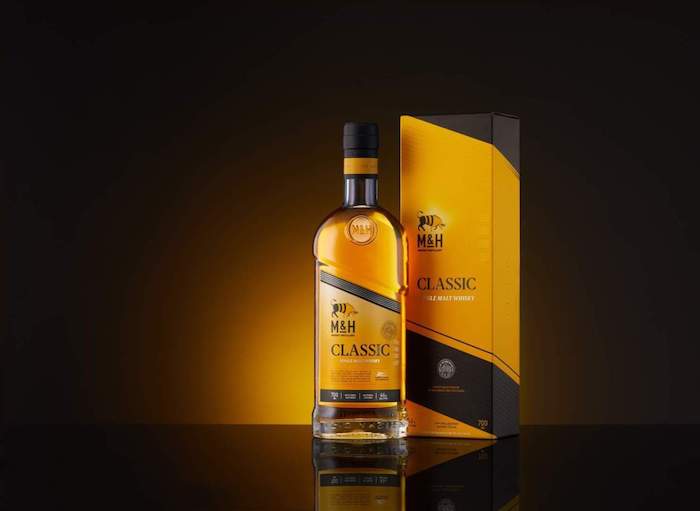 “M&H fills approximately 800 barrels a year (approximately 170,000 litres of New Make Spirit), so by 2021 the distillery will be producing and selling over a quarter of a million bottles around the world,” added Eitan Attir, CEO of M&H Distillery. “We work vigorously and plan years in advance to offer the world a new, single malt whiskey from Tel Aviv.”

As it stands now plans call for releasing this single malt on shelves across Germany, with expansion coming to 10 markets including France, Netherlands, UK, Belgium, Austria, Poland, South Africa, Canada, Australia and the United States. You’ll find some official tasting notes below for your consideration.