The Balvenie Rolls Out Batch 6 in its Tun 1509 Series

The Balvenie has announced the release of the sixth entry in the Tun 1509 series. Debuting in 2014, Tun 1509 is a non-age statement range, kind of—each release is made by marrying a number of barrels in a tun for a few months, and every bottle comes with a detailed chart breaking down which barrels went into the mix. We’ve reviewed some of the existing expressions in this range, to varying, but generally favorable, results.

Batch 6 was made from 21 barrels, which sat in the tun for three months. Those 21 barrels include some sherry refill butts, ex-bourbon barrels, and DoubleWood refill sherry butts (which were previously used to finish the Balvenie’s DoubleWood single malt). 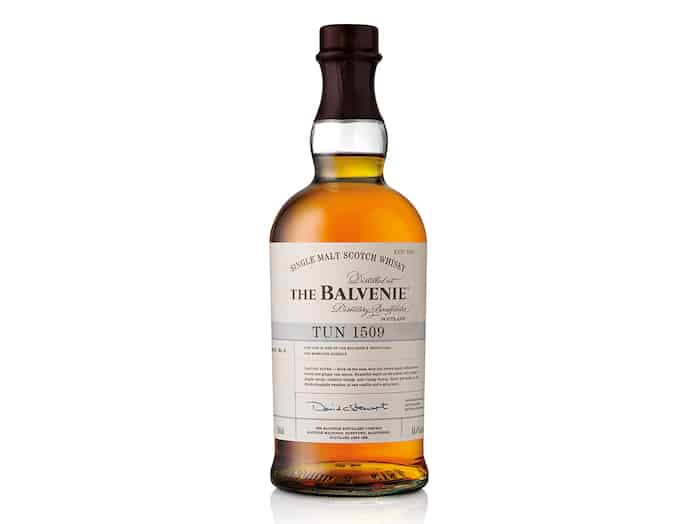 In a prepared statement, The Balvenie malt master David Stewart, MBE, said of the whisky:

Batch 6 is a truly remarkable liquid that showcases gorgeous character and rich depth produced during the marrying process. This expression is sure to have whisky enthusiasts excited, much like the last Tun 1509 series we released a year ago. The liquid presents a beautiful depth on the palette with a touch of maple syrup, candied orange and runny honey. It is delightfully rich on the nose with soft brown sugar, toffee, blossom honey and ginger oak spices, and presents a sweet and malty finish featuring swathes of oak vanilla alongside a spicy layer.

Batch 6 is on shelves now and comes at a suggested retail price of £300.