Islay is considered by many to be one of the true gems of Scottish whisky. It hosts a smaller number of distilleries compared to some other of Scotland’s regions, but what is there is generally extremely top notch. Independent bottler Elixir Distillers through its Port Askaig line looks to capture some of the best of that, and now is beginning to bring some of its bottlings to the US.

Port Askaig 110° Proof, according to those behind it, is a non-age statement cask-strength whisky, bottled at 55% and matured in American oak. It is both non-chill filtered and of natural color. The Islay distilleries this particular whisky is pulled from are unnamed, but what is known is that Elixir pulls from selected casks from distilleries all across the island. 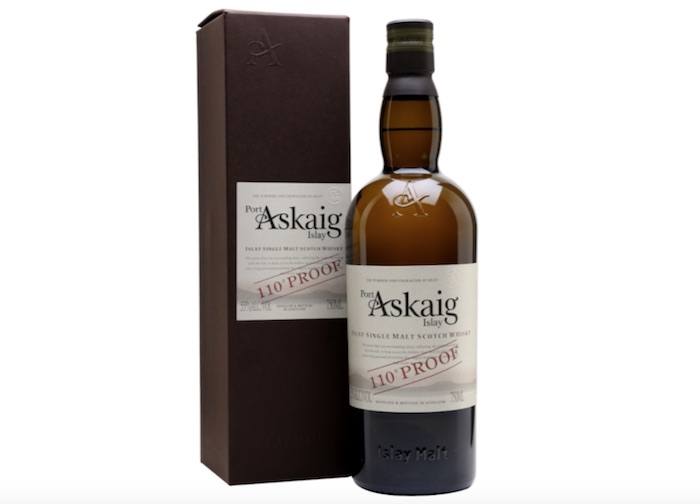 “Since launching Port Askaig in 2009 we have always looked to introduce new people to Islay whisky and it is exciting to take the next step in that journey by taking the brand to America,” said Oliver Chilton, whiskymaker for Elixir Distillers, in a prepared statement. “We’ll be focused on putting our whisky into hands of connoisseurs looking for something new as well as using it as a gateway to the incredible world of Islay whisky.”

Plans call for Port Askaig 110° Proof, imported by distributor ImpEx Beverages, to be available initially in California, New York, New Jersey, Connecticut, Massachusetts, Rhode Island, Illinois, Maryland, Washington DC, Missouri, Texas, Colorado, Florida, Michigan and Delaware. It will drop in October for around $75, and will see availability into other states in 2018.

You’ll find official limited tasting notes for this whisky below. It should be noted as well it is the first in a range of malts coming to the U.S. in the future.

offering the perfect balance of smoke and sweet fruit. It is intense yet elegant, fresh and citrusy, and full of character that reflects the complex and beguiling nature of beautiful Islay Scotch whisky.