Scotland’s Bladnoch distillery, as it gets ready to open its doors later this year to visitors, is continuing to release older single malt whisky expressions. The latest of these is a new 17 year old Scotch that was finished in ex-California red wine casks.

The new Bladnoch 17 Year Old, according to those behind it, is a limited edition release which was first filled into ex-bourbon barrels in 2001. Following that it was then disgorged and refilled into ex-California red wine casks twice, once in March 2016 and the other time in January 2017. A blend of the two vattings is the end result of this specific offering, having been bottled at 46.7% ABV and non-chill filtered. 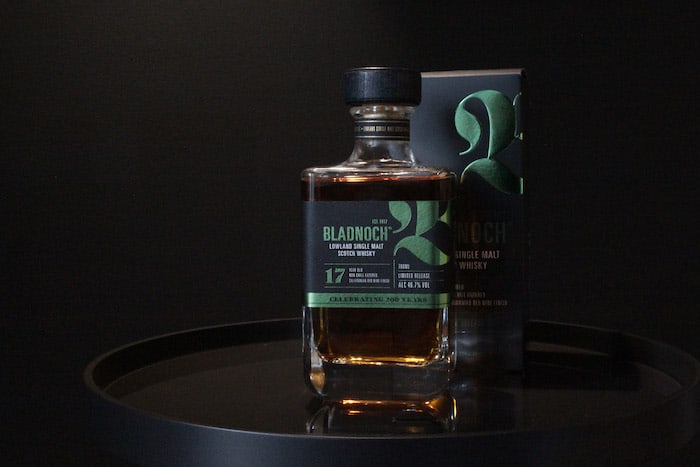 “[This new release is] my favorite Bladnoch yet,” said Bladnoch owner David Prior in a prepared statement. “This one is an absolute stunner.”

As it stands right new this Bladnoch has already begun being release across the United Kingdom and Europe. An American version of it is expected to arrive in the States in late February, with Asia and Australia to follow in April. You’ll find some limited official tasting notes below of this copper red colored whisky for your consideration – no immediate price was given.