Fettercairn, as we’ve touched upon in recent times, is a more obscure Scottish distillery owned by Whyte & Mackay. They’ve been busy there rebuilding the core whisky portfolio, showcasing back in summer a new 22 year old single malt. Now coming to market for them is a super rare 46 year old expression.

The new Fettercairn 46 Years Old, according to those behind it, was distilled in 1973, having spent most of its long slumber in American white oak, ex-bourbon barrels before a 4 year finishing period in 40 year old Tawny Port Pipes. It heralds from a time, the brand noted, as “a year of great historical change; of major innovation and technological advancement and of profound cultural evolution. 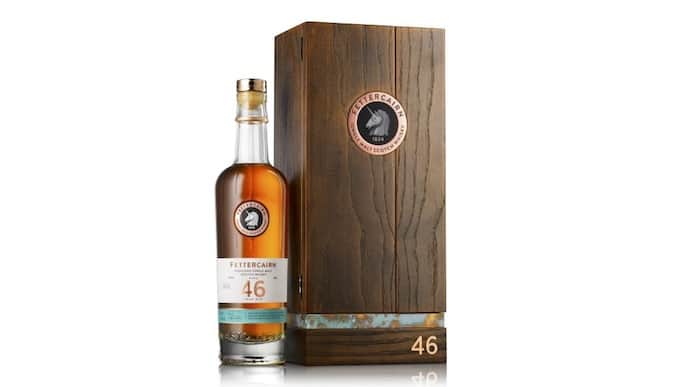 
“From the end of the Vietnam War and the Watergate scandal; to the first handheld mobile phone call and the introduction of the ATM; to space travel and legendary music and movie releases.  Defining, and game changing, too for the innovators of Fettercairn as this was the year the distillery joined the Whyte and Mackay family; a true milestone in the story of this hidden gem.

“Beginning with the optimal maturation conditions, the spirit has slumbered in the highest quality casks under the watchful eye of distillery manager John Livie initially in 1973, to Stewart Walker today.”

“This is a truly scarce and special single malt; a celebration of the years of passion and commitment which are inherent to the way Fettercairn Distillery has always been,” said Kirsteen Beeston, Head of International Malts at Whyte and Mackay, in a prepared statement. “We recognise that having such incredible treasures in our warehouses means we need to ensure we always respect when and how we bring these amazing aged whiskies to single malt drinkers, and this is something we will always honour.”

Plans call for just 55 bottles of this whisky, bottled at 42% ABV, to be released. It is being made available at select global specialist retailers in the UK, Europe and Asia for £8,500, or close to $11,000 USD. You’ll find some official tasting notes below.