Waterford Distillery applied the same methodology as the famous wine-making region to create what’s described as complexity in its whiskey flavors.

To do so for The Cuvée, Head Distiller Ned Gahan layered together 25 individually distilled Single Farm Origins. Waterford’s library of individual whiskies presented him with what’s said to be a broad spectrum of natural flavors defined by Ireland’s soils and microclimates. 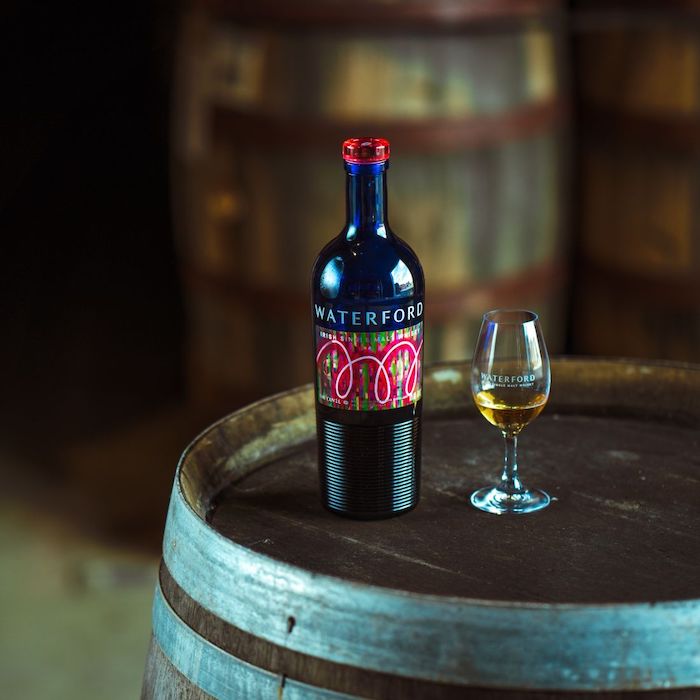 Waterford The Cuvée (image via Waterford)

By layering such singular spirits together, each expressing its own identity, Waterford was able to create what they feel is a harmonic assembly and put forth genuine innovation for the category.

Waterford CEO Mark Reynier said in a prepared statement, “Coming from a wine background, I’ve always been intrigued by how the greatest Bordeaux wines were made. Rather than generically bundling up their grapes into a single wine, they went to the effort of making several individual wines instead, each expressing a terroir-derived personality of its own.”

“Only after months of maturation are these component wines assembled to make a single profound wine of greater complexity, the Grand Vin. Why not with whisky? This is the vision seven years in the making, the essence of the Waterford project,” Reynier continued.

He said that single farm origin whiskeys, each one defined by its own Irish-grown barley, come together and the whole is more than simply the sum of its parts. “The result is our vision of how to create the most complex and profound single malt possible.”

The new whiskey is bottled in Waterford’s well-known blue bottle and features a label designed exclusively by Leah Hewson, one of Ireland’s leading visual artists.

The Cuvée is bottled at 100 proof with no chill-filtration and no coloring. It carries a suggested retail price of £70 in the UK.