Working with their longtime partners Prestige Beverage Group, Boann launched this exclusive series with their P.X. I Love You Single Malt and Bodega Cask Single Malt. The two will join The Whistler’s Trilogy range, which launched in the U.S. in early 2020. 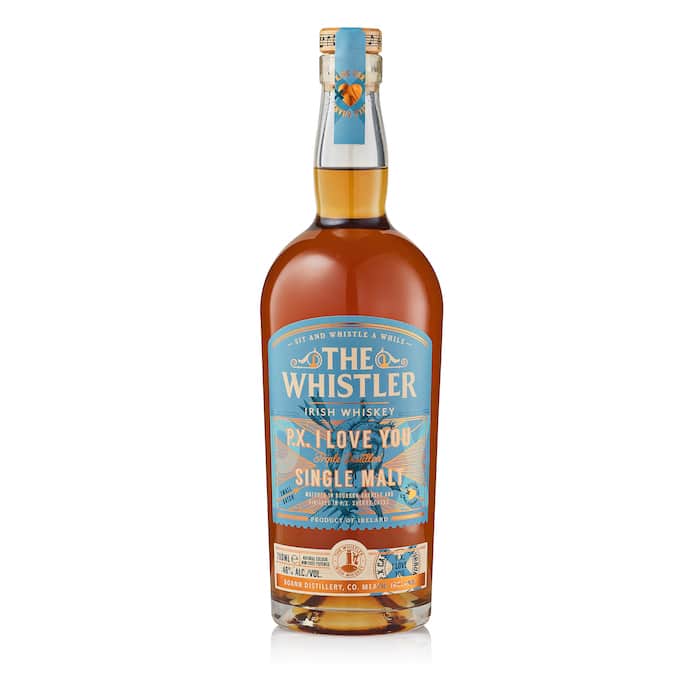 P.X. I Love You Single Malt (image via Boann Distillery)

P.X. I Love You Single Malt was distilled using 100% malted Irish barley and was initially matured in ex-bourbon casks before spending nine months aging in ex-PX sherry casks. The five-year-old Bodega Cask Single Malt has been triple-distilled and wholly matured using Spanish sherry butts that were sourced from Boann’s partners in Jerez de la Frontera, a Spanish city renowned for its sherry production. Both of The Whistler’s new single malts are non-chill filtered and have been bottled at 46% ABV.

“At Boann, we pride ourselves in being one of the most innovative whiskey distilleries in Ireland,” said Pat Cooney, founder of Boann Distillery, in a prepared statement. “We only use locally grown barley in our whiskeys and have access to the best casks to mature our spirit, ensuring that we produce unique whiskeys in which every bottle tells a story – the story of our land, our people and our family.”

The Whistler’s Single Malt Series is currently only available at retailers in Minnesota, Wisconsin, and Illinois, with an SRP of $44.99. Additional markets will get a crack at the bottles as the new year marches along. Official tasting notes for both whiskeys are below.

The Whistler P.X. I Love You Single Malt Tasting Notes