Whiskey & Wood: All Barrels Are Not Created Equally

Wood ultimately accounts for somewhere in the neighborhood of 60% of a whiskey’s flavor. There are many variables at play here, including

All of that and we haven’t even gotten to the wood itself, which is where we’ll focus today’s conversation. Different types of oak from the genus Quercus,have widely divergent characteristics. There are approximately 600 different species of Quercus cataloged, but since we’re interested in whiskey more than global flora, we’ll focus our conversation to what’s most commonly deployed in the industry.

What Does Oak Actually Do to Whiskey?

If wood accounts for the majority of a whiskey’s flavor, how does it actually get the job done? There are a series of different chemical compounds which do the deed. 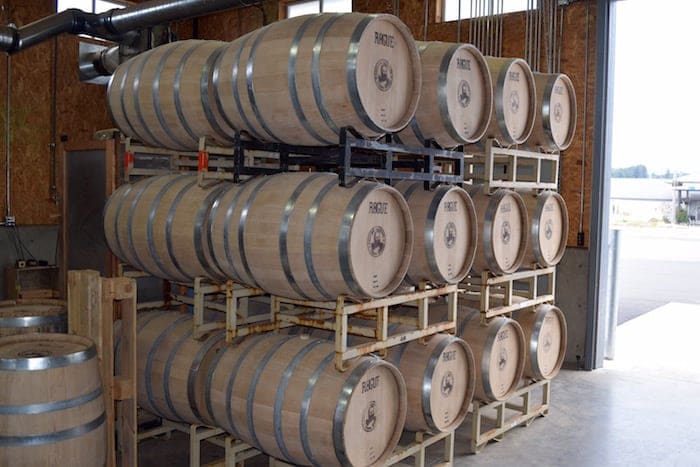 Of particular interest are vanillin compounds and oak lactones, which actually come from oak’s lignin, and are derived to a greater degree from heating, as well as seasoning. These provide much of the flavor associated with bourbon, while broken down sugars from the wood’s hemicellulose also play a role, as do oak tannins.

A whiskey’s life in the barrel is not merely storage, it’s ongoing chemical evolution and interplay between wood, spirit, and air. Certain compounds are filtered out, new ones emerge, and others are transformed overtime, i.e., acids becoming esters, delivering signature fruity notes.

The different species of oak listed below will differ in their levels of these compounds, in addition to physically differing in terms of how porous a particular species’ wood is, and the width of its grain.

American white oak is the dominant force of the whiskey wood world. Bourbon must, of course, be aged in new, charred American oak barrels. As we know, these used bourbon barrels are then used to age the vast majority of Scotch, along with whiskey from other regions, and other spirits produced across the globe.

Quercus Alba is a fast-growth species comparative to others, and also provides a heavy dose of vanillin compounds.

Important to note is that trees of the same species can produce divergent characteristics depending on where they were sourced. With Quercus Alba, the Ozarks serve as a major harvest ground of white oak for whiskey barrels.

For instance, that’s where well known cooperage Independent Stave Company sources their wood. Yet, at the Brown-Forman Cooperage, they predominately use American oak from Minnesota, while also sourcing from Alabama, and other forests along the east coast.

Also known as European oak, Quercus Robur is found widely across the continent. At the Macallan, they harvest this species of oak from Spain, primarily from Northern Spain, according to brand ambassador Craig Bridger.

He notes that this species is slow-growing, with a tighter grain than American white oak. “It’s also more porous, allowing for deeper penetration of the staves during maturation,” says Bridger.

A mature Spanish oak, which will be approximately 100 years old, may only produce two casks. “We only use the very best of the heartwood,” says Bridger. The Macallan looks for those Spanish oak casks to provide notes of dried fruits, orange citrus, and spice. 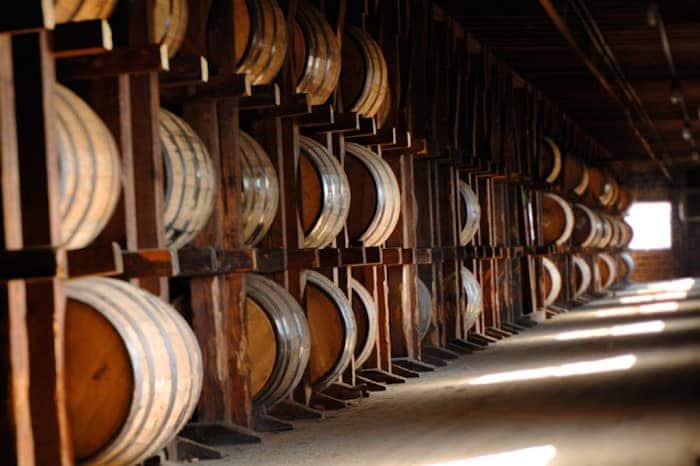 Not as commonly used as the others, sessile oak is another species of oak found in Europe. Today it’s sourced primarily from France for the wine and Cognac industries, although it’s also common in Wales and Ireland — it’s actually the national tree of Ireland, and is sometimes known as Irish oak.

As previously mentioned, different regions can produce different results, even within a single species. For instance, “French Limousin oak” is not a species, but rather, Limousin is a forest and region of France where, predominately, sessile oak is harvested. Tronçais is another forest where sessile oak is harvested, and wood from this locale is cited as having a tighter grain than wood from Limousin.

Known more to the whiskey world as Japanese or Mizunara oak, Mongolian oak is noted to provide some of the unique characteristics that have become associated with Japanese whisky.

According to Dunn, Suntory sources their Mizunara primarily from Japan’s northernmost region, the island of Hokkaido. They use trees which are between 100 and 150 years old. 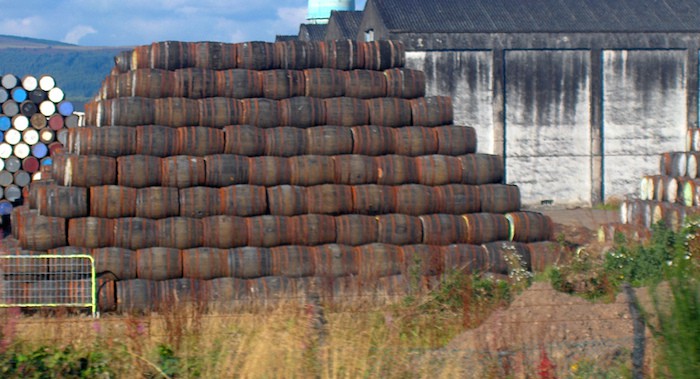 Of course, this discussion of oak species and forests still leaves room for how different brands and cooperages manage their own wood and staves. For instance, do they season their wood, and if so, for how long and in what fashion? Seasoning doesn’t just change physical characteristics of wood, it also alters its chemical composition, generally producing more desirable ratios over time.

As the Macallan’s Bridger alluded to, what portion of the tree is being used? How old were the trees when they were harvested? All of this gets factored into the final flavor formula of any specific brand, small stops along the way which cumulatively allow for the huge breadth of different styles and profiles.

Clearly, not all wood is created equally. Is one type of oak categorically “better” than the rest? Not at all, but certainly from brand to brand, or region to region, you’ll find each staying loyal to their particular methodology and preferences.

954
Shares
2k
Views
Share on FacebookShare on TwitterGet Our Newsletter
Read More Whiskey News
Whiskey Review: Green River Distilling Kentucky Straight Bourbon
Cheers to the Dads! Personalize a bottle of his favorite whiskey to create a modern gift for the modern man. Use code: FATHERSDAY20 for $20 off your next order of $100 or more at ReserveBar