The folks who run Silver Screen Bottling Company seem to have a thing for tying science fiction to whiskey. We’ve seen this initially through their Star Trek bourbon and Scotch expressions, and now word is they’ve teamed up with Fox Studios to bring us a Predator themed bottling.

The new Dutch Bourbon whiskey, according to those behind it, is a nod to the Predator’s main character that’s played by action movie icon and former California governor Arnold Schwarzenegger. Major Alan “Dutch” Schaefer, as the character is named, leads an elite band of soldiers on a rescue mission in central America. On the mission they encounter an alien-like creature who destroys most of the team in gory fashion. In the movie’s closing scenes, Dutch defeats the creature and is rescued by helicopter. 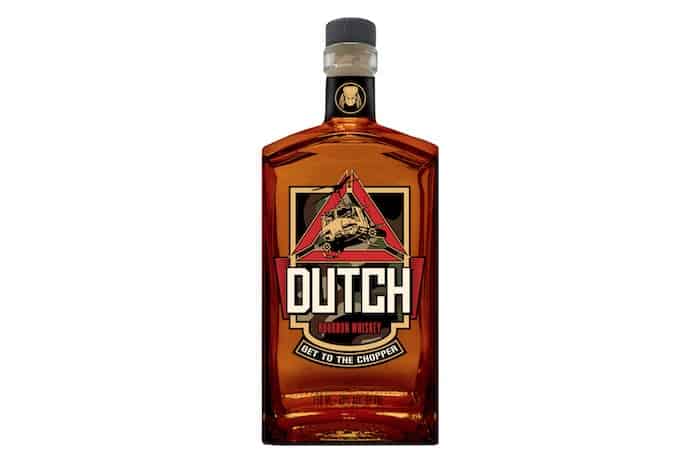 In keeping with the relevant theme of the movie, the bottle’s label is designed to look like an elite special forces patch and features the targeting crosshairs of the alien creature, a military helicopter and the quote made famous in the movie, “Get to the Chopper!”

Plans call for the non-age statement Dutch Bourbon, bottled at 40% ABV, to price around $35 per 750ml bottle. There was no immediate mention of where this bourbon is sourced from and, as for official tasting notes, all that is mentioned is a “full-bodied flavor and hints of vanilla, coconut, and bergamont.”