Old Forester 2018 Birthday Bourbon Clocks In At Highest Proof Ever

The annual announcement of the Old Forester Birthday Bourbon is upon us. This American whiskey, released each year in honor of this brand’s founder George Garvin Brown, showcases the premium side of Old Forester. For this year we have an added twist in that the 2018 offering is the highest proof to date to be released for this series. 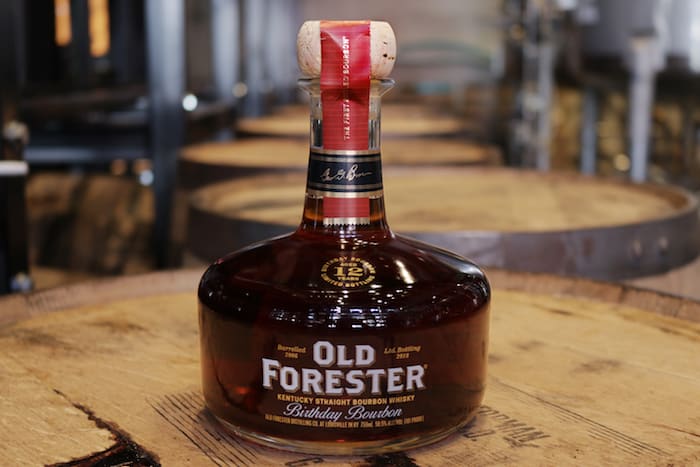 The Old Forester 2018 Birthday Bourbon, according to those behind it, was selected from a single day of production and “handcrafted by Master Distiller Chris Morris and Master Taster Jackie Zykan.” This is typical for this bottling, with the draw this time around heralding from

Of significant note for this release is the fact it is being offered at 101 proof, which is the strongest it has ever been released at. Also it is the first iteration to be bottled at the new Old Forester Distilling Co., located in Louisville’s historic Whiskey Row – in the same space that Old Forester called home before Prohibition.

“I find this year’s expression,” said Zykan in a prepared statement, “to possess a flavor profile perfectly aligned with the time of year in which it is released – days are subtly shortening, and we find ourselves indulging on the last remnants summer has to offer, all the while longing for the upcoming autumn transition – like a late summer evening at a lake house, enjoying a cherry cobbler, speckled with crunchy toasted almonds, still perfectly residually warm from the oven; sipping a tepid hot toddy, lemon wheel lazily floating in the mug as the stars begin to present themselves across the falling night sky.”

Old Forester 2018 Birthday Bourbon is set for release at the beginning of September, with approximately 14,400 bottles hitting retail nationwide for around $100 each. You’ll find more official tasting notes for this mahogany colored whiskey below.

324
Shares
601
Views
Share on FacebookShare on TwitterGet Our Newsletter
Cheers to the Dads! Personalize a bottle of his favorite whiskey to create a modern gift for the modern man. Use code: FATHERSDAY20 for $20 off your next order of $100 or more at ReserveBar