Legendary 6th generation Beam master distiller Booker Noe, it is said, had a love of American football. He played the game himself back in the day, both as tackle and kicker on his high school team. “He was quick for his size — standing 6 feet 4 inches tall and weighing close to 300 pounds — and strong from working as a farm hand growing up. Although he ultimately never pursued a college football career, he was talented enough to practice with the team when he attended the University of Kentucky as a freshman – a rare honor in those days.

“Anyone who knew Booker knew his love of football. Whether it was his favorite team on the television or his son and grandson playing in the backyard, Booker loved watching a game and made the sport into a true Noe family tradition.” Now, in a nod to this, the last bottling of Booker’s Bourbon for 2020, known as “Pigskin Batch,” has been unveiled. 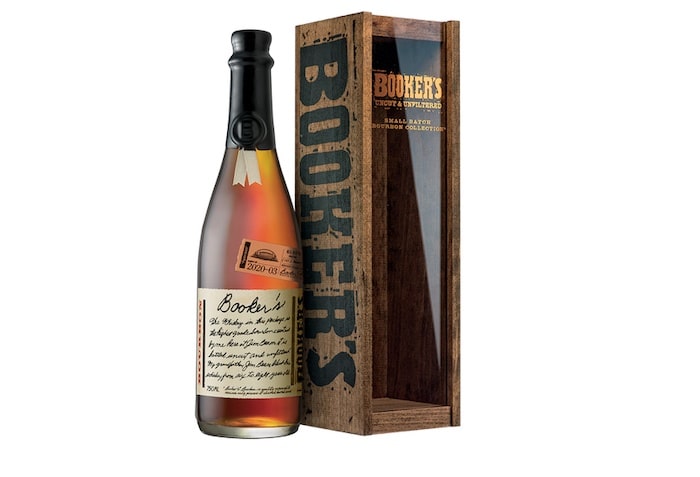 The new Booker’s Bourbon 2020-03 “Pigskin Batch,” according to those behind it, is a 6+ year old bourbon that, like others in the Booker’s line up, is available uncut and unfiltered. It has been bottled at a hearty 127.3 proof, and it is said it is best enjoyed neat, over ice or with a few drops of water.

This particular bourbon is now available at retail nationwide in limited numbers, pricing around $90 per 750 ml bottle. Limited official tasting notes indicate it “has a beautiful light brown color. The aroma contains brown sweets and slight vanilla notes. The flavor is big and bold with a finish that is long and warm.”

The other two Booker’s releases for 2020 have been 2020-01 “Granny’s Batch” and 2020-02 “Boston Batch.” As is the case with all three of these bourbons and those before them under this brand, “7th Generation Master Distiller Fred Noe personally tastes and selects every batch of Booker’s Bourbon before it is bottled to ensure that it matches Booker’s personal preferences for a robust and full- bodied whiskey.”

120
Shares
5k
Views
Share on FacebookShare on TwitterGet Our Newsletter
Cheers to the Dads! Personalize a bottle of his favorite whiskey to create a modern gift for the modern man. Use code: FATHERSDAY20 for $20 off your next order of $100 or more at ReserveBar