I was at a bar once for happy hour. Yep, drinking whiskey. There was a gentleman sitting to my right doing the same, so we got to talking. We talked about some of the history that bourbon has in America. He’d never had any whiskey over 90 proof, so on a whim, treated him to a shot of Booker’s. He took a sip, and from the get-go could tell it was a bit much to initially take in.

In due time, he recognized with a smile, how much more flavor one gets from something of that high of a proof. We did a final cheers and parted ways. As I continue to journey through the realm of whiskeys, it’s amazing how much one can learn and hopefully tell a story or two.

The Beams have been distilling whiskey in America since 1795. Well, save for the time of Prohibition of course, where the family had to improvise and operate in Canada and Mexico. After Prohibition, the Beam family had to scramble for funding and once secured, it was time start things up again. James Beauregard Beam, along with the help of his son Jeremiah, his brother Park Beam and Park’s two sons, Carl and Earl, said, “boys, time for us to get back to work.”

The distillery was built in an astonishing 120 days, even with James (Jim) pushing 70 years of age at the time. He was on site daily and helped oversee the construction. Finally, distillery opened up on March 25th, 1935.

I could write a lot about the Beam family throughout the generations. However, some of the most interesting facts are how much they have contributed to the production of whiskey in America. Over the years, there have been at least 30 family members that were distillers or master distillers. Over 30 distilleries have run under a member of the Beam family and 40 plus whiskey brands have had a member involved in the process. I thought that was pretty cool.

“Granny’s Batch,” part of the ongoing series of high proof Booker’s Bourbon releases, is named after Margaret Beam Noe, the mother of Booker Noe. She was noted as close to Booker and was instrumental in him becoming part of the family business, where he would eventually become the master distiller.

If you are curious as to which bourbons went into “Granny’s Batch” as a blend, “this batch is made up of barrels from two different production dates that were aged in six different locations within four rackhouses.” The breakdown of barrel storage is as follows: 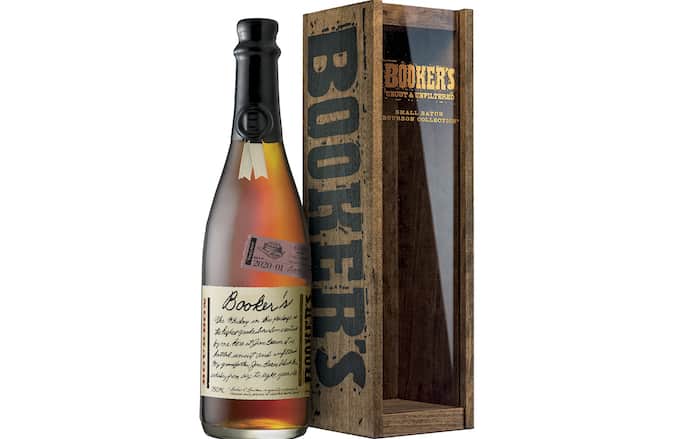 Appearance: A light chestnut or copper. Gave it a swirl, noting long legs.

Nose: The nose on this one is really well balanced, especially for the high proof. Not an overwhelming hit of alcohol. Found aromas of vanilla, toffee, and baking spices. Very simple and robust.

Palate: As a tasting experience, I found this one to have a lot more going on than initially expected. As one may expect, found big, rich flavor profiles up front. I thought this had a fair amount of smoked caramel with some spice in the middle with a hint of citrus in the finish.

This may sound strange, but the citrus element reminded me of an orange lifesaver.

Booker's is one of those quintessential bourbons. It's well curated throughout the process of barrel selection and blending.This one is no different. It's delightful and full of the right bourbon flavors. I'd say this one is a win.