First impressions are not always what they are cracked up to be. Whether it is the kid who poked fun at you on the monkey bars and later evolved into your best friend, or a hot bourbon that left a poor impression on its first tasting. Things change, and sometimes it’s figuring out how this abrasive element fits into your perception of the world that allows you to explore the depths of character and nuance below the surface.

Booker’s newest release, Boston Batch, turned me off with the first sip, but each subsequent taste allowed me to question myself: What I was actually looking for? It was then that I realized that everything I wanted was right there, I just had to be willing to look past the sharp edges to redefine my perception of this spirit.

Bourbon has a rich folklore that swirls around its creation and evolution. From the name itself (did it come from the French Bourbon Dynasty or Bourbon Street in New Orleans?), to its creator (would that be Elijah Craig or Jacob Spears?), what is certain is that in the mid 1800s bourbon established itself as the drink of the South and garnered such attention that Congress deemed it necessary to regulate its distillation. This distinction puts it on the same pedestal as champagne and scotch with a unique distilling process that allows a creator to label their spirit with the name: bourbon.

This entry into the bourbon escapades is not for the faint at heart. Booker’s specializes in smaller batches that are barrel strength with no filtering out of the cask and no watering down. The spirit is “done when it’s done” and Booker’s is unapologetic for the sharper edges that come along with presenting their whiskey straight from the cask to the bottle.

This was not a characteristic I was ready for—or even that I go looking for—whether I am trying out a new spirit or imbibing in something familiar. In fact, I often find that the lack of balance in lesser hands can go in the wrong direction. What I found with the Boston Batch was that everything was still balanced even if the volume was turned up to eleven. This style is not for everyone, but once I found my way to drink it, I was disappointed I had been given such a limited tasting to sample.

With regards to the specifics of this batch, it is bottled at 126.5 proof, having been aged 6 years, 3 months and 10 days. 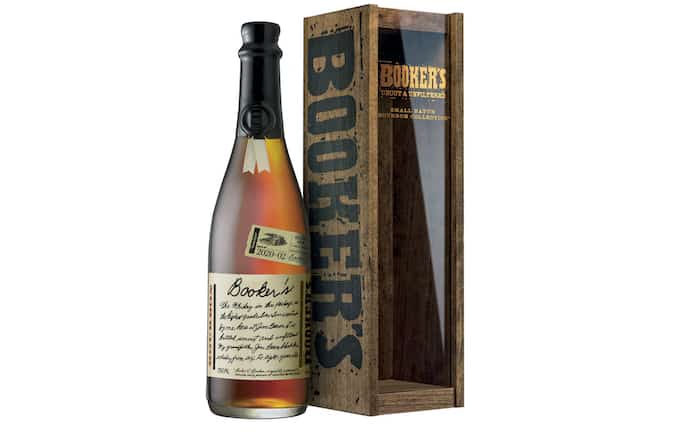 Nose: Straight away I caught the scent of orange peel duking it out with a buttery caramel. There was a solid note of oak and just a whiff of Rainier cherry. Because this is a stronger bourbon, I did experience a bit of fatigue trying to sniff for too long, but the flavors I mentioned were definitely the most predominant.

Palate: If you take this neat, be ready for a prickly, lingering heat. If you don’t like that characteristic, I would recommend going straight to a nice big ice cube and let it mingle in the glass for a bit to unlock the bourbon’s potential. Once you sift past the initial heat you will find a bright, citrus flavor, similar to a mandarin orange that has been rolled in cinnamon and brown sugar. On the backside I found a bit of spice that I associated with course ground black pepper corns.

As I mentioned, my mood towards this beverage shifted as soon as I realized the intended intensity and allowed myself to stray from my usual preference of drinking my whiskey neat. I poured the last of my sample over a large ice cube and rolled it around in my glass for a bit, which reduced the heat and balanced the marriage of flavors. It was buttery and filled with tasty spices and just a hint of maltiness on the back end.

Do not go into this bottle with the short-sighted idea that you only drink whiskey neat. The intensity is what lends itself to waking up the palate and the enthusiast that you want to be. I myself found the Boston Batch on the rocks to be simply delightful with a large cube to unlock this well-balanced bourbon.