Spirits giant Pernod Ricard, busy as it is in many different premium spirits categories, has lacked one major offering in its arsenal in recent times: a major presence in Kentucky, home of the majority of America’s bourbon production ( (it once owned Wild Turkey but sold that off to Campari back in 2009). That is something they seem to have now rectified, at least a bit, with the acquisition of Kentucky craft whiskey distillery Rabbit Hole.

Rabbit Hole, it is said, is now majority owned by Pernod Ricard through its New Brand Ventures division, where it will fit in comfortably alongside other smaller brands such as Smooth Ambler Spirits. Its latest acquisition is particularly recognized for its iconic, state-of-the-art distillery in the heart of Louisville. The brand’s straight bourbon and rye whiskeys are said to be “crafted with a mix of carefully selected grains, distilled in copper Vendome column stills and aged in native oak barrels by Louisville’s hot summers and cold winters.” 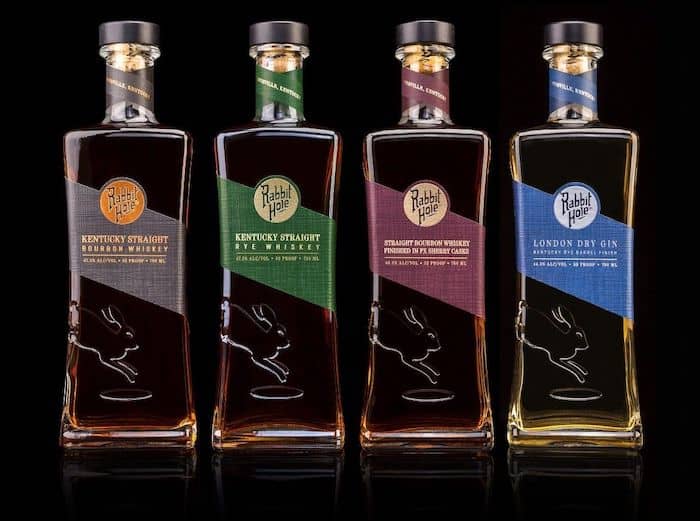 In bringing Rabbit Hole in house, Pernod will be continuing to work with Kaveh Zamanian, Rabbit Hole’s founder, who “left his day job as a clinical psychologist and psychoanalyst to fully dedicate himself to the art of crafting whiskey in the very heart of Kentucky’s whiskey culture.” He will be keeping the majority of his shares in Rabbit Hole and will continue to operate the company.

“Pernod Ricard and I share the same entrepreneurial values and our ethos and strategic visions are fully aligned,” said Zamanian in a prepared statement. “By leveraging Pernod Ricard’s extensive distribution network to reach new consumers, we are able to strengthen Rabbit Hole’s position as a brand and amplify its presence as a new voice in American Whiskey. In partnership with Pernod Ricard, Rabbit Hole is poised to reach new heights. I am very excited about this partnership and our future together.”

“This partnership is the perfect implementation of our long-term investment strategy to create sustainable value,” added Alexandre Ricard, CEO of Pernod Ricard. “Kaveh and I embrace the same entrepreneurial spirit.  Rabbit Hole is a fast-growing brand, strongly rooted in its terroir and very well positioned in the high-end Bourbon and Kentucky whiskey categories. We are excited to take the brand to the next stage of its very promising development.”