And with this, the craft whiskey distilleries being acquired by big brands dam breaks.

What started out earlier this year as a buy out of Utah’s High West by Constellation Brands has now become something of a snowball effect as other spirits giants move in to get their hands on well established, medium sized whiskey makers. We saw this just last week in the acquisition of Seattle’s Westland Distillery by Rémy Cointreau, and now word just out on the wire is “a majority stake” investment by Pernod Ricard into West Virginia’s Smooth Ambler Spirits.

Smooth Ambler, at this point in time, is known for being more of a sourced whiskey bottler in the spirit of High West. Like High West, they do it right, and are one of the better examples of an American bottler out there. They also have some in-house whiskey out on the market as well. 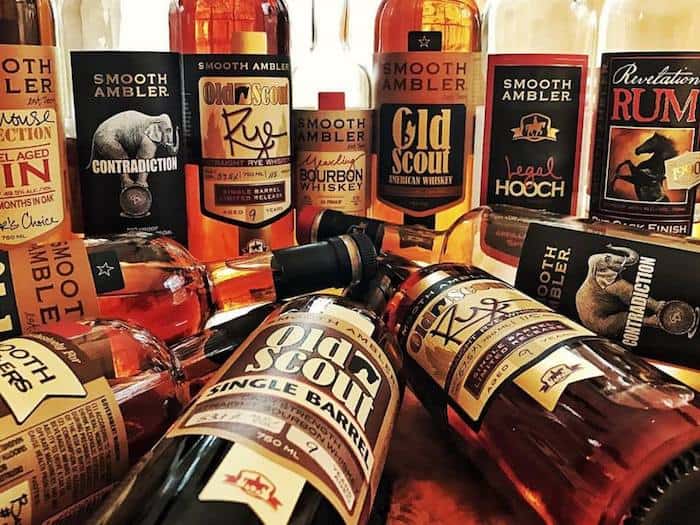 image via The Whiskey Library

The transaction, which is currently subject to regulatory approval, is expected to close in early 2017. The amount being invested, or what exactly a “majority stake” means in terms of percentage acquired, was not disclosed. If, for some reason, you aren’t familiar with Smooth Ambler, what to know is that they were founded in 2009 and produce a range of whiskies, among other spirits, which include Smooth Ambler Contradiction Bourbon and Old Scout Single Barrel Bourbon.

Under the terms of the transaction, noted Pernod Ricard, John Little will assume the role of CEO and continue to operate the company “with the same culture and commitment to quality.” John Foster will also remain as Director of Sales and Marketing.

“We are very impressed by Smooth Ambler’s successful track record, and we are excited to partner with that team as they continue to produce high quality American Whiskeys,” said Jeff Agdern, President of NBVI Investments, an affiliate of Pernod Ricard, in a prepared statement.

“Smooth Ambler is committed to making great spirits, using the best American ingredients,” added Little. “The investment from NBVI will enable us to introduce our premium craft spirits to many more consumers.”

With the investment, Smooth Ambler plans to increase production capacity and further expand its local team in West Virginia.