Column: On Legacies And Lawsuits, Who Was Really First, And The Rapid Bourbon Festival Sell-Out

Bourbon is broken. Sounds really funny if you sing it like Cat Stevens’s song, “Morning is Broken.” But writer Brent Joseph’s claim that “bourbon is broken” because it’s stalked and hoarded and resold on the secondary market and drives up prices—lacks all humor because it’s all happening at the hands of unscrupulous buyers and resellers.

In his four-part Bourbon & Banter opinion piece, Joseph dives deep into why the fun is spilling out of the hunt for good whiskey—bourbon especially—because the allocated stuff is usually beyond the hands of, well, anyone who wants it legally. He credits buyers and flippers who’ve cleverly figured out the timing of special and allocated releases, but like all of us, he’s not fond of those grabbling as many bottles as they can, lining them up and photographing them in hopes of piquing others’ envy. That even $30 MSRP selections sell for three to 10 times retail prices on the secondary irritates him, to say the least.

“Let me start by saying that this isn’t an indictment of anyone—not collectors, flippers, hobbyists, taters, distillers, NDPs, distributors, or even liquor stores,” Joseph writes. “These are just some recent observations, experiences, and feelings. I’m not right or wrong. I’m just wondering if people feel the same way, and if so, is there a solution?”

Through a lens of nostalgia, Joseph recalls when every Weller was easily found and affordable, when Old Rip Van Winkle 10-year cost double digits and even gathered dust on retailers’ shelves. Those days, he writes, are over, and prices on popular bottles are soaring because of real demand and from pressure on supplies due to hoarding. The question he leaves readers to ask themselves is why the hobby of bourbon buying is no longer fun for him and others: because of scarcity or ruthless competition? You read, you decide. 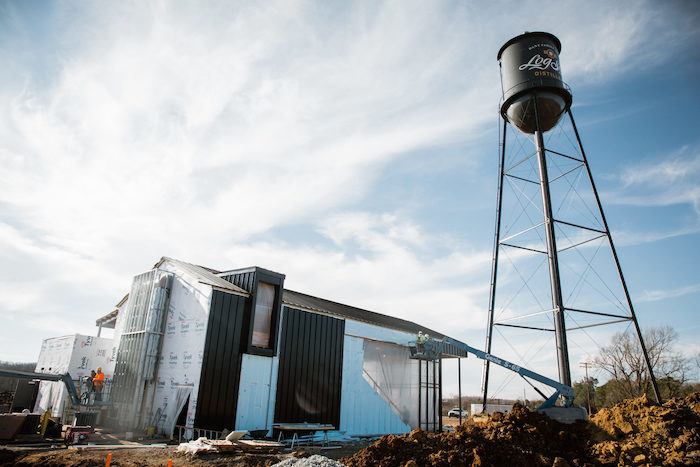 So, sue me! In 1940, J.W. Dant Bourbon ended its run under the supervision of the descendants of Joseph Washington Dant, who created the brand in 1893. As happens often, the brand got passed along to other distilleries through consolidation and acquisition before Heaven Hill Distilleries purchased it outright in the 1990s.

Fast forward to 2021 and the construction of Log Still Distilling on the very Gethsemane, Ky., campus where J.W. Dant Bourbon was created. What could become the standard-setting spot for bourbon tourism (complete with a distillery, a micro-distillery, overnight accommodations, a full-service restaurant, tasting room, a 20,000 square-foot event space, amphitheater, train depot and more) is owned by none other than J.W. Dant—this time Joseph Wallace Dant, the great-great-great grandson of the founder. A successful healthcare entrepreneur, Dant has poured more than $30 million into the property with the goal of “reviving the Dant legacy one barrel at a time.”

But according to a story on Law360.com, a lawsuit filed by Heaven Hill, owner of J.W. Dant Bottled-in-Bond Bourbon, all Dant brand marks have been that company’s for 28 years. Dant heritage or not, Heaven Hill’s lawyers maintain that Log Still is violating trademark law by using the Dant name in its marketing messages.

“The fact that Log Still is a limited liability company owned, in part, by people named ‘Dant’ provides Log Still with no more license to use the Dant name in a way that will confuse consumers than if Log Still were owned by people named Smith,” the suit reads.

Here’s where Kentucky distilling history makes gets interesting and confounding. The names who were and still are, in some cases, responsible for much of the bourbon made way back when and now are as muddled as a mint julep. Earl Beam, for example, was one of Heaven Hill’s early distillers. His son was the beloved Parker Beam, who died in 2017. Limestone Distillery in Lebanon, Ky., is owned and operated by Stephen and Paul Beam, whose great-great uncle was Jacob Beam—yeah, that Jacob Beam. On Limestone’s About Us website page, they also reference another influential and long-gone relative, J.W. Dant. Yep, the same guy after which Heaven Hill’s bourbon is named.

In other words, get the popcorn. The outcome of this suit will be interesting.

Really, you’re suing already? A second lawsuit is underway between a pair of micro-brands: Brough Brothers Bourbon (Louisville, Ky.) and Fresh Bourbon (Lexington, Ky.) Brough Brothers is suing Fresh Bourbon for claiming it’s the first African-American-owned distillery in Kentucky. Clearly, there’s some disagreement on the matter. Some regarded the suit as a surprise given that each company is in its infancy, without distilleries or deep market penetration. But it’s clear that whether big or small, new or old, when companies want to gain or protect a marketing foothold, litigation can happen. Especially in the liquor industry.

Kentucky Bourbon Festival nearly sold out as of March: You’ve likely heard people say, “When COVID goes away, it’ll be like the Roaring 20s!” While a return to raucous behavior remains to be seen, the sales of nearly all 7,000 tickets to the 2021 Kentucky Bourbon Festival (KBF) in the space of a month certainly points to pent-up demand for a big whiskey party. This one is scheduled Sept. 16-19 in Bardstown.

This is the KBF’s 30th anniversary, and this event will be much different from iterations of the past (especially last year’s virtual edition, whose 21 video segments can be seen by clicking here.) What started as a quaint affair in 1991 became a festival drawing thousands from around the country and spanning six days. But by 2020, the KBF’s board knew the festival had a lot of untapped potential. And to make the festival a premier bourbon-centric event, it had to move beyond volunteer leadership and hire a professional event planner. They hired Randy Prasse, whose managed massive events for Harley Davidson, the Wisconsin State Fair and was the longtime director of operations at Churchill Downs racetrack. Hosting an annual Kentucky Derby party for 170,000 proves managing and growing the KBF is well within his wheelhouse.

As Prasse talked with distilleries about what they wanted from the KBF, their message was loud and clear: to get sips to lips. Never in the KBF’s history had distilleries been able to pour their whiskeys for guests. Distilleries are generous to many causes, and they’d remained generous to the KBF for more than two decades. But as Prasse told me last year, “they want some real return on their investment, and they deserve it.” Now, in 2021, bourbon will flow from distillery bottles into the Glencairns of guests on the great lawn of Spalding Hall. There also will be cocktail bars on the lawn for those who want a break for neat sipping. Actual whiskey consumption at the Kentucky Bourbon Festival. Whodathunk it?

Why I know these things is I was hired in 2020 to create the programming for an in-person KBF that never happened due to COVID-19. We pivoted to do a virtual format in hopes of giving distilleries a glimpse of the quality content we were planning for a live event. In the space of six weeks, I got to interview 36 people for 19 individual segments that dug into bourbon, Kentucky, bourbon-influenced food, science, blending, cocktail making, whiskey history, tourism and so much more. Lucky me!

Distilleries saw what they liked and trusted us with sponsorship dollars. And surprising to no one, Bill Samuels was the first to step up for 2021. After finishing an interview for a video segment on Growing Up In a Whiskey Family, Samuels, chairman emeritus of Maker’s Mark, said, “How do we get involved next year?” Often, when Samuels asks how to get involved, he’s saying, “What can I do to improve on your idea or give you one of my own?” Whatever idea we may have had was trumped by his: Maker’s Mark would donate two Private Selection barrels to the festival. Two barrels worth $15,000 each. That’s how excited he is about the future of the KBF. Since his pledge, Prasse has lined up 12 other distilleries at which we’re doing KBF-badged single barrel selections which will be sold through our retail partner, Justins’ House of Bourbon. Trust me, these will be great.

By the time you read this, tickets likely will be sold out. Other than social media posts and through a modest email subscriber list from past events, the KBF has done no formal marketing for its 2021 event. Yet somehow 7,000 people have heard about what’s going to happen and want to be a part of it. And it will be cool. Visit the Kentucky Bourbon Festival website to see details as they develop.