The contest calls on whiskey connoisseurs, enthusiasts and fans to compete for a grand prize of $20,000, a scholarship to Moonshine University’s Executive Bourbon Steward program, the opportunity to create their own Whiskey Blend with bourbon hall-of-famer and Master Distiller Steve Nally and a sponsored block party in their hometown featuring the Bardstown Bourbon Company mobile tasting bar.

“We’re excited to bring the competition back this year and introduce more whiskey lovers to Bardstown Bourbon Company,” Bardstown Bourbon Company Marketing Director Laurel Altman said in a prepared statement. “We always love connecting with fellow enthusiasts and this competition is the perfect opportunity to grow the community, while giving our fans a platform to demonstrate their knowledge and passion for whiskey.” 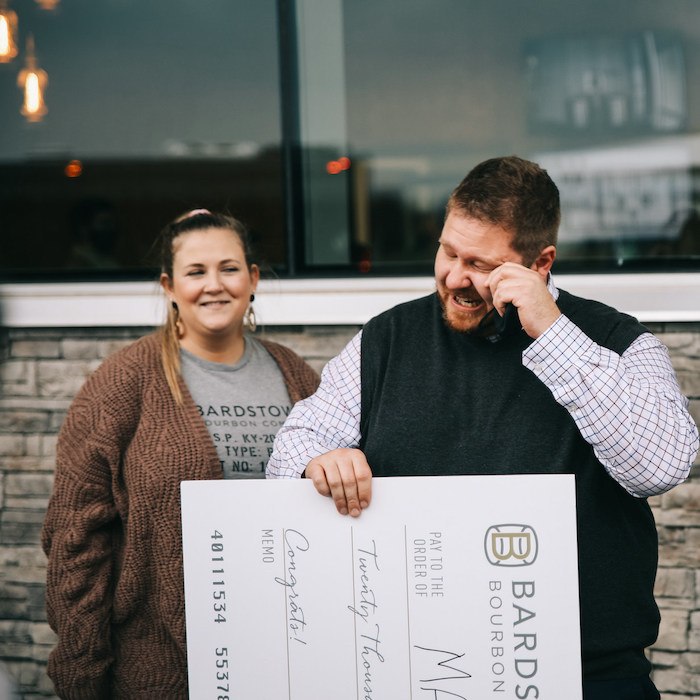 The competition will consist of three phases:

Casting Call: Those interested can nominate someone or enter online. Once the entry form is completed, entrants will receive a text and/or email with a link to complete the online audition. Casting calls will open July 15, 2021 and run through August 15, 2021.

Regional Qualifiers: Bardstown Bourbon Company experts will select up to six winners per region to compete in live sensory challenges at some of the nation’s most prominent bourbon bars. Regional qualifiers will be held in the following cities:

National Finals: One winner from each qualifier will be invited to compete for the top prize and title of “World’s Top Whiskey Taster.” The final event will take on December 11, 2021, at Bardstown Bourbon Company in the Bourbon Capital of the world.

Regional competitors will be selected in August following the open online casting call. Competitors will be tested in a series of bourbon sensory and tasting challenges, such as identifying a bourbon’s producer, age, mash-bill and proof, and more. Each contest will be hosted by prominent whiskey distillers, influencers and experts – including authorities from Moonshine University, the creators and curators of the Stave & Thief Society’s Executive Bourbon Steward training program in Louisville, Kentucky.

The winner from each regional event will then travel to Bardstown Bourbon Company this December and compete to be crowned the 2021 World’s Top Whisky Taster and awarded the grand prize.

“We’re looking for people who are all about exploring and sharing their bourbon experience,” Bardstown Bourbon Company National Brand Ambassador Samantha Montgomery said. “We invite social media bourbon evangelists actively sharing photos of pours and pairings, bourbon explorers and home enthusiasts who love to share their whiskey journey to compete.”

Full contest information, including rules, terms, and conditions can be found here. Anyone who enters must be 21 or older.

For the curious, during the inaugural 2020 event, ten regionals were held virtually due to the ongoing COVID-19 pandemic. At an exclusive Finals event held at the distillery, Michigan native Matt Porter, the popular bourbon influencer behind ADHD Whiskey, took home the grand prize and title of 2020 World’s Top Whiskey Taster (one of The Whiskey Wash’s reviewers competed in the finals as well). Porter’s unique bourbon blend is being released as part of Bardstown Bourbon Company’s Distillery Series this coming fall.