Old Overholt is as American as apple pie. It’s as Old West as Wyatt Earp’s mustache.

During WWII, Overholt was one of the whiskey distilleries ordered by the government to make industrial alcohol which was used to make ammunition and synthetic rubber that helped the soldiers in the South Pacific.

“Old Overholt is an incredibly resilient brand that has stood the test of time for three reasons: It’s always been a quality whiskey, it’s embraced its own evolution throughout history, and it’s consistently been affordable,” said Tim Heuisler, American Whisk(e)y Ambassador for Beam Suntory, in regards to this brand when it was given an overhaul earlier this year.

The 2020 release of Old Overholt Bottled-In-Bond Straight Rye Whiskey is a strong, fiery addition to the classic brand that has been around since the 1800s. To be classified as Bottled-In-Bond, a whiskey must be the product of a single distiller in a single season, bottled at 100 proof, and aged for a minimum of four years in a federally bonded warehouse. The Bottled-In-Bond Act was created in order to ensure the integrity of the whiskey.

Old Overholt, as part of the referenced overhaul above, transitioned to a non-chill filtered process and applied it to this year’s 100 proof Bottled-In-Bond release. I wouldn’t call this an easy sipper, but for the money you spend on this Kentucky-based whiskey, as long as you enjoy the old school, heavy diesel flavor profile of Old Overholt, you won’t be disappointed. 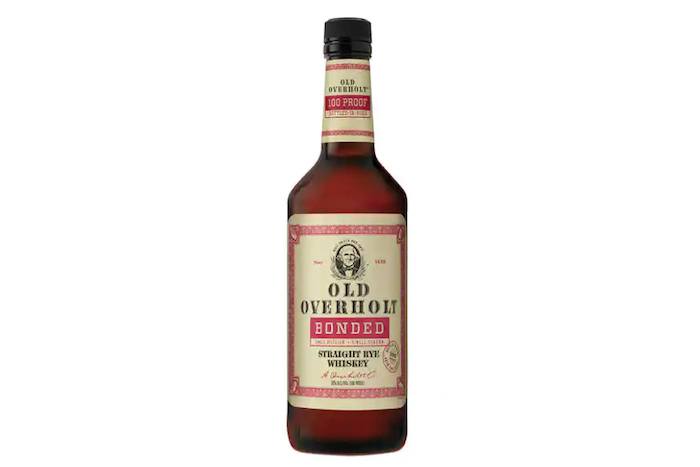 Appearance: In the low light of a fall day the whiskey has the appearance of brown butter.

Nose: There’s a burn here, almost medicinal at first smell, but after a bit of opening up I caught clove, cardamom, and cocoa.

Palate: When I say fiery, I mean it. This is not what I’d consider a slow sipper. I got the pithiness of the white of a lemon, and a spice that hits the back of the throat and lingers. There isn’t much subtlety in this rye.

I like to imagine Old Overholt passed around a circle of miners back in the day. There's a nostalgia that is folded into the brand. I think there is a good reason it has remained a staple in the whiskey world, and this Bottled-In-Bond Rye will appeal to traditionalists, but I’m afraid it isn’t for me.