Why Bottled-in-Bond Whiskey Is Important In Modern Times

It is an incredible time to be a whiskey drinker these days. There is so much incredible whiskey to explore and enjoy out in the market that it always comes as a bit of a shock when I taste something truly terrible. They exist and there is nothing worse than picking up a $50 bottle of bourbon on a whim and getting home to taste it and realizing that the only thing nice about it is the label (I’m being generous here. As a whiskey writer you’d be surprised how much bad whiskey we taste so that hopefully you don’t).

If you love great American whiskeys, how can you protect yourself and ensure that you are getting a great whiskey that reflects the distiller’s skill and provides a great experience? Luckily, a 19th century law exists to do just that, and with the current boom in American whiskies, the Bottled-in-Bond Act of 1897 is more relevant today than ever. 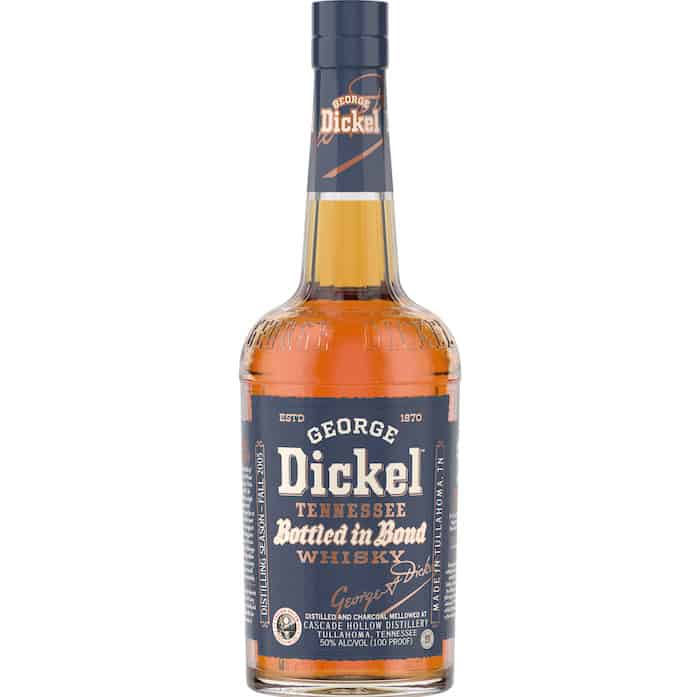 American whiskey, and bourbon in particular, is in the midst a major renaissance. Unfortunately, there can be a bit of a caveat emptor, or “buyer beware” when searching for the next great whiskey as bourbon and Tennessee whiskey regulations are rather loose (bourbon must touch the inside of a new, charred oak barrel to be labeled as such, but there is no requirement for how long the bourbon must be in barrel unless the term “straight bourbon” is used, then it must be a minimum of 2 years if the age is disclosed or 4 years if just the word “straight” appears).

The difference between “straight whiskey” and Bottled-in-Bond is significant, as straight whiskies can have a blend of aged distillates and even a blend of different distilleries from the same state while still qualifying for the “straight whiskey” designation. Its due to some of these lax regulations that the Bottled-in-Bond Act of 1897 was passed, to ensure consumers were able to identify a high-quality product in an age where some unscrupulous operators were cutting corners and creating confusion.

From a historical perspective, the Act was essentially the first consumer protection law around food and drink in the United States, predating the Food and Drug Act by almost a decade, and it was so well-written that its regulations still ensure a high-quality whiskey experience.

Bottled-in-Bond whiskies have several requirements that help you the consumer ensure you are purchasing a high-quality whiskey. First, the whiskey must be the product of one distillery. When the Act was first passed this was included because many rectifiers in those days would purchase multiple lots of whiskey and blend them together. This ensures that you get only whiskey from the particular distillery listed.

Second, the distilling season (either Spring, which runs January through June, or Fall, which is July through December) must be listed and only one of the seasons of a particular year may be bottled together. A Spring 2015 Bottled-in-Bond whiskey could include whiskeys distilled in January through June of that calendar year. The reason for this is that a number of distillers and whiskey drinkers in the 19th century felt that whiskey distilled in a particular season might be better or smoother than whiskeys distilled during warmer or colder months.

The idea is to give a real sense of the distiller’s skill and a window into what each particular distilling season was able to create. Distillers have traditionally disliked this because it is much harder to smooth out the variations, but for whiskey enthusiasts, this is the original way to see some of the variety inherent in the distilling process.

Next, it has to be aged in a government bonded warehouse for a minimum of 4 years. Originally, the bonding period was a maximum of 8 years but that has since been extended to 20 years. If a bottle of Bottled-in-Bond whiskey doesn’t state an age, assume it is the minimum 4 years old.The age minimum is taken from the concept of straight whiskey, with 4 years being the minimum needed not to disclose the age of the distillate.

Lastly, it has to be bottled at 100 proof (50% abv) and only water can be used to bring it to proof, no color corrections or additives allowed. Bottling at 100 proof versus the minimum proof for whiskey (80 proof or 40% abv) lowers the yield per barrel for distillers and is therefore more expensive to produce.

So why does Bottled-in-Bond matter in modern times? Put simply, it is a consistent mark of quality that is as important in the 21st century as it was in the 19th. The same standards apply, and it is one easy way to distinguish a quality whiskey among all the offerings on the shelf. Keep an eye out on for more Bottled-in-Bond offerings as this category continues to grow and discover a historical style that is perfectly suited for modern times.