Old Overholt Rye Whiskey Gets A Bit Of An Overhaul

Look on the back bar or in the well of many a bar in the United States and you’ll likely see a bottle of Old Overholt Rye Whiskey staring back at you. Said by owner Beam-Suntory to be “the oldest, continually produced and maintained rye whisky brand in America,” it is noted historically as being started in West Overton, Pennsylvania in 1810 by its namesake, Abraham Overholt. Fast forward to 2020 and now the brand is getting a bit of a 21st century update.

Beginning this month, according to those behind it, the classic Old Overholt will transition to a non-chill filtration process and increase proof from its current 80 to 86. It is said these adjustments will “lend themselves to more balanced classic cocktails with a richer mouthfeel. The updated liquid also more accurately reflects a pre-prohibition style, as Old Overholt strives to honor its past while looking toward the dynamic future of the bar industry.”

“Old Overholt is an incredibly resilient brand that has stood the test of time for three reasons: It’s always been a quality whiskey, it’s embraced its own evolution throughout history, and it’s consistently been affordable,” said Tim Heuisler, American Whisk(e)y Ambassador for Beam Suntory, in a prepared statement.  “These updates will only better serve the bar community that first adopted Overholt years ago. We’re taking the trusted, quality whiskey that we all know and love and making mindful improvements to help it standout even more as a cornerstone of American Rye.” 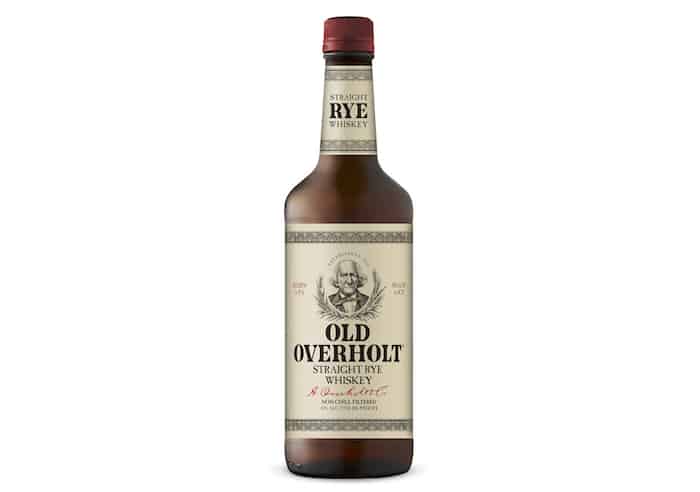 Beyond some changes inside the bottle, the packaging is getting some subtle adjustments as well. This includes “factual embellishments added to the label, including ‘Born in PA’ and ‘Made in KY’ as a nod to Old Overholt’s 200+ year journey; a red closure cap in place of the current black tops, which more closely resembles the original bottles; and most notably, a re-illustrated portrait of Abraham Overholt on the front label.

“Most recently depicted with a gentle grin, Abraham will now exhibit a distinct frown – an accurate translation of his demeanor as pictured in historical portraits from his Southwestern Pennsylvania home and on previous labels dating back to 1888.”

Beam-Suntory noted that the same label and filtration updates will be applied to the bottled-in-bond variant of Old Overholt. Also, of particular interest to true lovers of this brand, plans are in the works to unveil a 114 proof four-year-old rye and a 92.6 proof 11-year-old rye whiskey later this year. These limited releases will come available in what’s described as “select markets of historical significance to the brand.”