Colorado’s Stranahan’s is a distillery that knows a huge amount about American single malt whiskey, given that’s pretty much been the focus there the last decade or so. This was reflected recently with the launch of a 10 year old expression, and dovetailing that is word of the brand’s first line extension since 2017.

The new Stranahan’s Blue Peak whiskey, according to those behind it, was first aged four years in 53 gallon, new American oak barrels with a #3 char. It was then finished through the Solera process, a technique more commonly known in winemaking. How this works exactly, noted the distillery team, is that “as part of the Solera process, the mature liquid is transferred into a new American oak vessel, known as a foeder for several months. Once fully married in the foeder, a portion of the mature whiskey is taken to be cut to proof with pristine Rocky Mountain water and chill filtered. 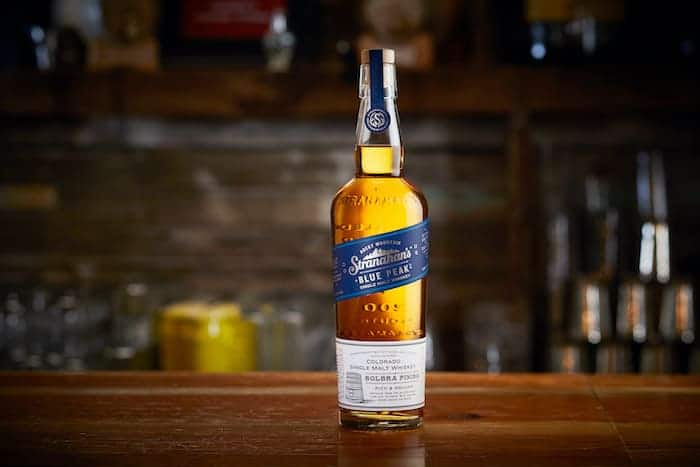 “Meanwhile, newly harvested single malt whiskey is added to the remnants to marry.  Since the foeder is never fully emptied, the Solera process allows for continuous marriage, maturation, and flavor development in the whiskey it holds.”

As plans stand now Blue Peak is coming available nationwide, pricing around $43 per 750 ml bottle and bottled at 43% ABV. You’ll find some official tasting notes below. As a side note the whiskey is named after a 13,000 foot peak in Aspen, Colorado.