The folks behind the Old Forester bourbon label have long been proud of their popular bourbon, with it being the flagship standard for many, many decades. The brand is being pushed in new directions now though, with parent company Brown-Forman having just introduced the new Old Forester Rye Whiskey.

Old Forester Rye Whiskey, according to those behind it, is the Kentucky distillery’s first new grain recipe in nearly 150 years. It is inspired by the historic recipe for Normandy Rye, a brand which Brown-Forman acquired in 1940. The mash bill consists of 65 percent rye, 20 percent malted barley and 15 percent corn. 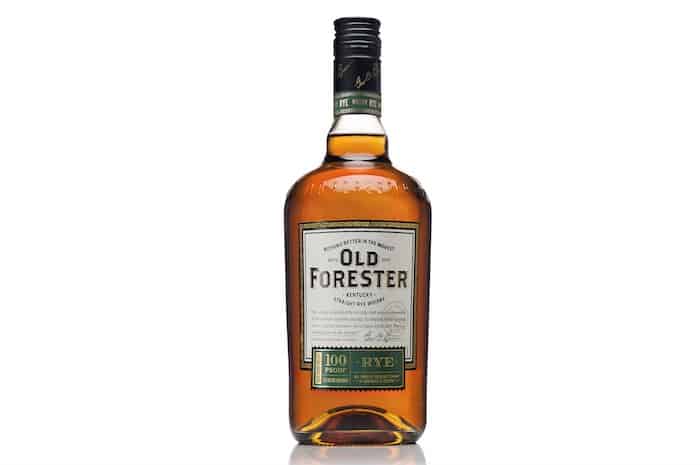 “Our signature bourbon recipe has done this brand proud through Prohibition, World Wars and changing consumer palates,” said Campbell Brown, Old Forester President and great-great grandson of founder George Garvin Brown, in a prepared statement. “This January we will create a new tradition with a Kentucky Straight Rye that will capture the hearts and excite the palates of experienced Rye drinkers and curious whisky enthusiasts alike.”

Plans call for Old Forester Rye Whiskey to debut in February for around $23 per 750 ml bottle. It is bottled at 100 proof, and you’ll find some official tasting notes at the end of this article for your consideration.

“Old Forester Rye stays true to our standards of quality, consistency, and balance while delivering on value as only Old Forester can,” noted Old Forester Master Taster Jackie Zykan. “The spicy, yet floral complexity of this expression offers a completely different flavor profile than its bourbon cousin. At 100 proof, it plays beautifully in cocktails, but also stands up boldly on its own.”

201
Shares
1.4k
Views
Share on FacebookShare on TwitterGet Our Newsletter
Cheers to the Dads! Personalize a bottle of his favorite whiskey to create a modern gift for the modern man. Use code: FATHERSDAY20 for $20 off your next order of $100 or more at ReserveBar