Running a distillery these days is an expensive business, there is no doubt. Significant start up costs eat into initial profit margins. Ongoing expenses across a range of categories, including sourcing raw materials and equipment maintenance, can be challenging. And, when it is time to expand your operations to reach new markets? Oh my. It is no wonder many a distiller has sleepless nights in this industry!

Apart from the revenue a distillery generates from spirits sales, there are other potential sources of cash inflow to help one grow operations. That’s where an outfit like Distill Ventures comes into play. Established in partnership with spirits giant Diageo in 2013 as the drinks industry’s first accelerator focused on spirits, its stated aim “is to support entrepreneurs – both at early-stage companies and mature brands who are scaling rapidly – grow farther, faster.” 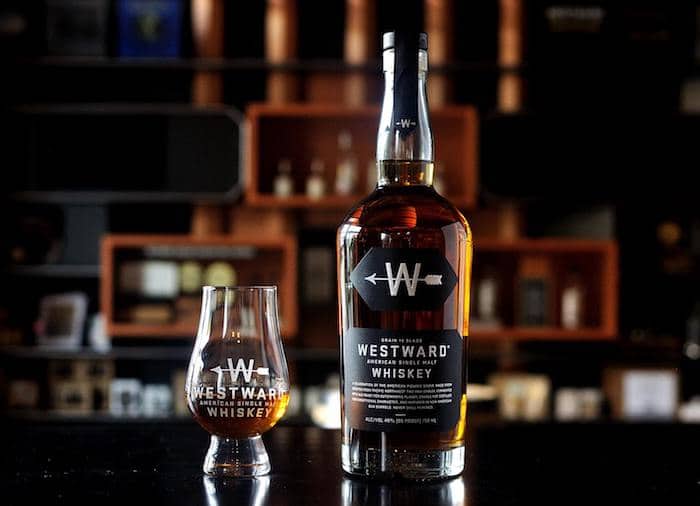 It does this in four ways, according to information provided to us by Distill Ventures – by providing cash investment; partnering with founders to help them become better business leaders; connecting into their extensive network of experts and providing access to their proprietary sales execution platform in North America, Redwood Brands. They operate across many drinks categories – including non-alcoholic drinks – and invest at all stages, from pre-launch (or “seed” businesses) through to those requiring significant expansion capital.

To learn more about Distill Ventures, we recently spoke with Gonzalo de la Pezuela, Managing Director of Distill Ventures North America. Note that this interview has been edited for length and clarity.

The Whiskey Wash (TWW): Gonzalo, tell us a little bit about Distill Ventures. What exactly it is?

Gonzalo de la Pezuela: Distill Ventures is a business accelerator that’s dedicated exclusively to spirits. We started five years ago in London and we’ve been in the U.S. for two and a half years.

We facilitate it because we’ve been entrepreneurs ourselves and we try to make it digestible for companies that don’t have access to big corporate accounts and lawyers, which is normally the case when you’re doing a transaction with a big company.

We really think that a lot of the companies are working with us because they’re enthusiastic about the mentoring and the networking that we provide. In particular, for whiskey companies it’s shown to be of great value.

There are a few companies that are public in our portfolio that are whiskies, whether it’s Westward in Oregon, or Stauning in Denmark, or Starward in Australia. At Distill we work with many different whiskey companies throughout the world, so the type of mentoring and networking that we can provide these companies, whether it’s for supply chain or organizational growth or marketing or development, it’s specific to their category. That’s an example of what we do and how we help our companies.

TWW: So there are a lot of craft whiskey players out there. The number’s ever growing. What does an operation like Distill Ventures look for in something they’re going to invest in?

Gonzalo: I think at the end of the day there are two things. One is the ability to develop a brand around a differentiated opportunity that has integrity. Right? I think consumers that are discerning today are looking for things that they might not necessarily would have been looking for in the past. Being able to know where a product is made, how it’s made, who makes it, etc. Is it a brand that people can recognize and in a bar or a liquor store? The branding component is very important.

I think, in particular, even though we’ve grown as an industry and there are a lot of distillers out there, in general there’s been a lack of emphasis on marketing. I think it happens in many industries, not just in spirits, but people are really preoccupied with production and in getting product out to their friends and family, but the potential to create a brand around a differentiated idea is really important. We think that even in established categories like bourbon, there’s still some great entrepreneurs creating wonderful things.

The second thing that we look for is really the team, because we don’t run companies, we support companies. The financial investment is a minority stake in the companies, which is great for the entrepreneur, because they’re running the company in every sense of the word, their governance, the everyday decision making, the planning that is done, with the founding team having the last say. We feel that the fact the companies are run independently gives them a better chance to develop and grow in a unique way.

TWW: Looking forward to 2019, what are some of the things we can expect from you guys?

Gonzalo: Probably by the next three or four months we’ll have about ten or so companies that are U.S. based. Most of those won’t be public because it’s not our place to talk about them and they decided to build their own path. Generally speaking, we’re interested in American whiskey so we’re participating in a very active way with companies that are part of that.

I think as well you’re responsible to look at categories that are important in the U.S. and maybe not as important in the rest of the world, but if you look at the interest in agave spirits and tequila mezcal, that’s an area that’s of great interest to us. Also vodka. People, I think, look at vodka differently than they did before the great recession. A lot of it was image based in terms of status and those things, but it you can give people a reason to choose your vodka and if it’s at a relatively accessible price point, it might be interesting, given the size of the vodka category in the U.S.

29
Shares
731
Views
Share on FacebookShare on TwitterGet Our Newsletter
Get The Glenlivet 18 Year Old at ReserveBar. Shop now!