The emerging world of the American single malt whiskey is something the larger players in the whiskey world are paying increasing attention to. It is still a nascent category compared to say, bourbon, but enough buzz and distilleries are in the mix now that it is something no longer to be shrugged at. Diageo is a prime example of a big spirits company looking to cash in here, as is evidenced by its recent investment through its accelerator program into House Spirits and its Westward American single malt whiskey.

Westward, as we’ve chronicled in the past, is a signature spirit and top flight American single malt whiskey distilled by Portland, Oregon-based House Spirits. The investment by Diageo-backed Distill Ventures will see an undisclosed sum invested into both the whiskey brand and the distillery itself, allowing the whiskey making facility to have a capacity expansion of nearly 40 percent next year as a ramp up for anticipated demand. 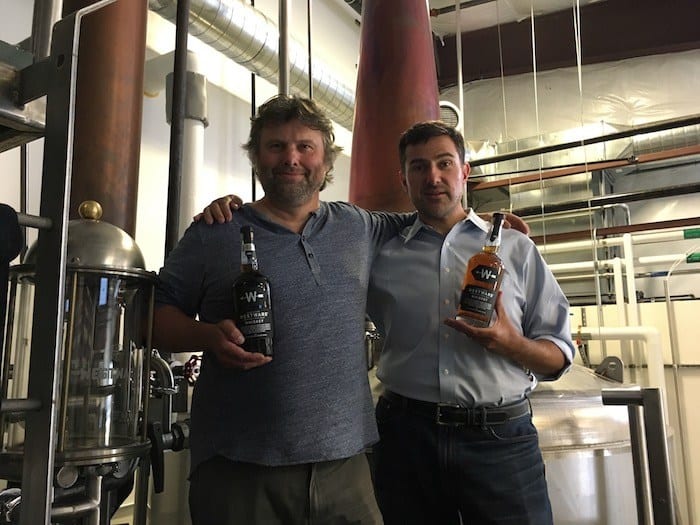 “We are thrilled to bring our Westward American Single Malt whiskey into the Distill Ventures family, an exciting and logical next step as we expand our brand across the United States and into export markets around the world,” said Thomas Mooney, CEO and co-owner of House Spirits, in a prepared statement. “This strategic partnership with Distill Ventures and Diageo brings deep production expertise, an enhanced route to market, and the capital that we need to realize the full potential of our Westward American Single Malt whiskey program.”

As is the case with other ventures Distill and Diageo have backed, the founders and current investors of Westward whiskey will retain majority ownership and continue to run the business independently as the company continues to expand and introduce the brand to a broader global audience. Westward joins Denmark’s Stauning whisky and Australia’s Starward whiskey, two leading New World whiskies, in the Distill’s growing whiskey portfolio.

Westward, for those unfamiliar with it, is the brainchild of House Spirits’ Christian Krogstad, who began distilling American single malt whiskey when he helped found the distillery nearly 15 years ago. In 2015, under the direction of Mooney, Westward became the largest independent distiller of American single malt whiskey when it moved to a larger and more purpose built spirits making facility. On a typical day, the distillery team brews 3,000 gallons of pale ale whiskey wash, which is double-pot distilled to produce enough whiskey to fill five to six new barrels of Westward.