Looking back at 2019, I cannot believe I thought it was a terrible year. Ha! Shortly after Compass Box released The Peat Monster 10th Anniversary edition, John Glaser made a big announcement. Compass Box would be deviating from the original Peat Monster recipe. I was devastated since The Peat Monster is one of my favourite whiskies.

The updated label with new artwork by Marc Burckhardt is great. Brands do that all the time, but The Peat Monster happens to be Compass Box’s most successful whisky. So why on Earth would the founder all of sudden change the recipe? Evolution.

Glaser founded Compass Box twenty years ago “to make the world of scotch whisky a more interesting place.” Back when he first launched The Peat Monster, whisky drinkers as a collective were not as big into peated whisky as they are now. As palates have changed, Glaser does not think whisky has to stay stagnant either. He states, “We reserve the right to make our products better.”

The former Peat Monster recipe was bottled all the way up to 2018, and you can still find it on liquor store shelves. The new recipe, however, aims to deliver bigger peat and more elegantly than before. While still a non-age-statement whisky, the new version is also older than before. If you look at the five core beliefs at Compass Box, then it comes to no surprise that Glaser breaks the mold. 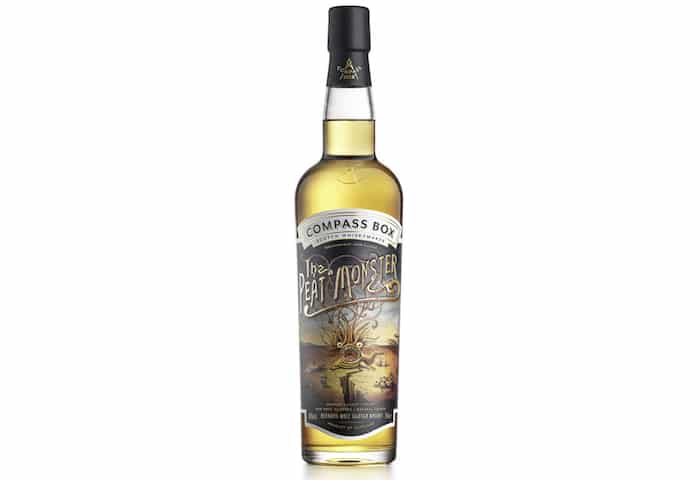 Nose: At first sniff, I get salted butter with mushroom and umami. It is coastal, yet it also reminds me of fresh soil in the garden. If you have ever had a campfire on a damp day, that is what this is like on the nose.

Palate: The mouthfeel is light, and at first it seems tame and mellow. However, the peaty smoke builds in a crescendo. There is a sootiness to it with a touch of salinity as if they captured the taste of an extinguished match head. It is floral and herbaceous with a bitter quality to it from the oak. The whisky flip flops between fruit and smoke. A bit of sweet cream lingers on the tongue after sipping.

The Peat Monster from Compass Box is still in my top scotch whiskies. However, there are bolder peated whiskies than this whisky. The changes to the recipe are very subtle, but overall it is still delicious as ever. If you own a bottle of the original, you can always grab the mini bottle set that has The Peat Monster, The Spaniard, and The Spice Tree to compare the new recipe.