Editor’s Note: This whiskey was provided to us as a review sample by Dekanta. This in no way, per our editorial policies, influenced the final outcome of this review. It should also be noted that by clicking the buy link towards the bottom of this review our site receives a small referral payment which helps to support, but not influence, our editorial and other costs.

Japanese whiskies have exploded in popularity in the last couple of decades, for reasons that have been covered on this site many times. But with that growth has come a supply shortage of the top-end stuff, and sometimes confusion about what you’re really getting when you buy many of the other Japanese whiskies.

Whisky surpassed sake as Japan’s biggest alcohol export in 2020, and I’ve been telling friends for years that pretty much any Japanese label you see on a bar in North America is probably going to be good. Lately, though, I’ve started seeing more bottles popping up in online postings that may or may not actually be whisky. The situation is clearly getting more complex.

The Japanese have a drinking culture that involves copious amounts of beer, whisky, sake and a host of other alcoholic beverages. But a lion’s share of the whisky sold inside Japan goes into relatively cheap highballs, which are experiencing their own explosion in popularity. In a highball, the percentage of the whisky that is actually molasses-based flavorings or colorings doesn’t much matter. So you get a lot of Japanese whisky-ish blends that include the latter.

Loose Japanese labeling laws don’t help. It can be hard to know whether you’re actually getting whisky that was distilled or aged on the island nation, let alone whether it includes shōchū distillate or other additives. Into that confusing market stepped Makiyo Masa in 2015. The child of a family of distillers, Masa wanted to create an online retailer where Japanese whisky connoisseurs could find the good stuff easily – and know what they were getting.

With that, dekantā was born. The online retailer mostly sells high-end Japanese single malts and blends, but beginning with dekantā’s anniversary in 2018 it started releasing its own proprietary bottlings, as well.

The 2020 and 2021 anniversary bottlings, reviewed here, went a different direction – and cost hundreds of dollars less per bottle. Both are still very limited, private label releases and they’re not cheap, but dekantā hopes they provide yet another entry point into the enigmatic world of Japanese whiskies. 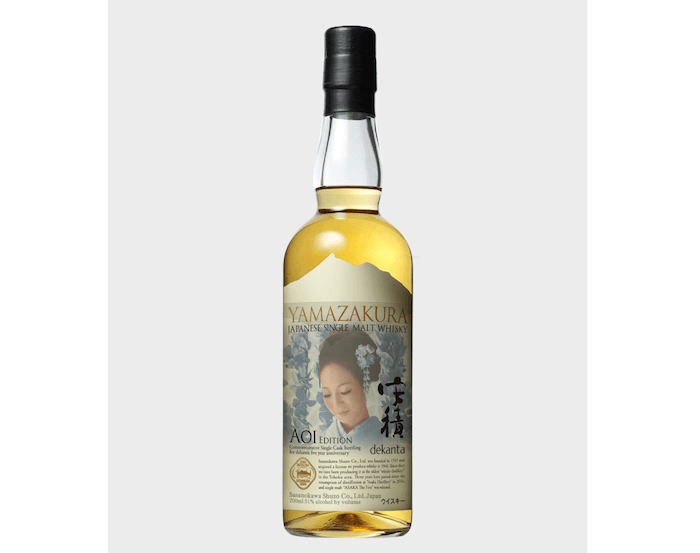 Appearance: Light, straw-colored; solid legs on the side of the glass.

Nose: Fresh-cut pears and green tea. With just a splash of water, it opens up and smells like a slightly sweet Scotch.

Palate: Salted caramel butter bars, apricot fruit leather and Fig Newtons. You can definitely taste the malted barley, but this is a relatively mellow, sweet whisky. There isn’t much of a finish, but what’s there is pleasant.

Palate: As soon as it hits your mouth, you know this is good whisky. I taste cream soda, cigar smoke, sea salt and smoked salmon. It has a darkness and moodiness that is hard to define, but which leaves me wanting more. The finish is relatively long and spicy, reminding me of ginger beer. If you poured this for me in a blind tasting, I would guess it was a high-end Scotch. Not Islay, clearly, but very good Scotch nonetheless.