Japanese whisky retail specialist Dekanta knows a thing or two about Japanese whisky. They’ve been around for three years, helping bring to light obscure bottlings produced in this part of the whisky world. In looking to celebrate their anniversary they’ve now unveiled an expression that’s been finished in a cask which once held Scotch whisky from a now silent distillery.

Dekanta Kikou, according to those behind it, is a single cask release which was initially distilled back in 2011 at the Eigashima Distillery, a family run operation in Japan that’s said to be a rising star there. After over six years of aging it was transferred for finishing to a cask which once held Scotch whisky from Port Ellen. This cult favorite Scottish distillery closed its doors back in 1983, with bottlings of the whisky that’s left being highly sought after by collectors. 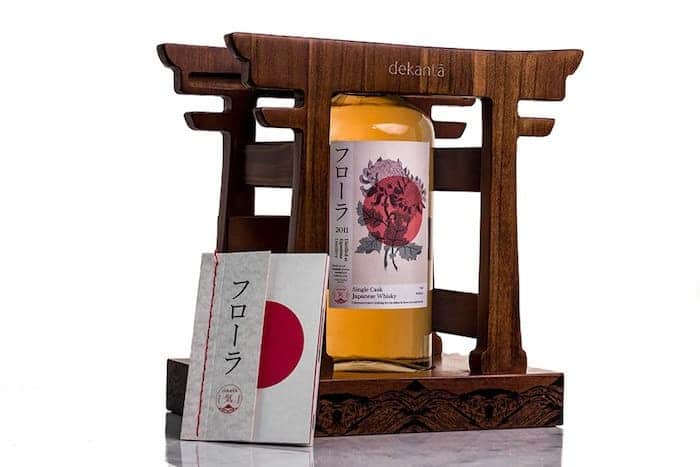 “We have come a long way in three years and are delighted to present such a unique independent bottling of Japanese whisky to the dekantā family worldwide,” said Makiyo Masa, Company Director at Dekantā, in a prepared statement. “Closed in 1983, Port Ellen is now an eminent name in Scotch whisky, the Karuizawa of the Scotch whisky world. Our first private cask bottling marries the characteristics of two internationally renowned distillers.”

Plans call for just 300 bottles of this whisky to be on sale, pricing around $650 USD each. It is bottled at 58.4% ABV and presented in a hand crafted wooden presentation stand. The label on the bottle depicts a chrysanthemum, a flower local to Akashi City park which hosts the Eigashima distillery. Kikou is slated to be the first in the Ki Series, a new line up of independently bottled Japanese whiskies from Dekanta.