The Michter’s brand and its legacy in American whiskey history stretches over the course of multiple centuries. It is said the original whiskey company was founded back in 1753 in Pennsylvania, becoming a popular rye whiskey maker over time. Prohibition impacted it like so many others, and the subsequent decades that followed were not kind to it, ultimately being shuttered and abandoned in 1989.

Fast forward to today and, with new ownership, multiple locations in Kentucky and plenty of whiskey both in barrel and being distilled, one gets a sense that the fortunes of this brand are going in a dramatically different direction. There’s pride in the whiskey coming from Michter’s, and it is something we’ve found through multiple reviews in the past few years to be of increasingly better and better quality.

Michter’s has a new master distiller these days, in the form of Dan Mckee, and these are exciting times. I met his predecessor, Pamela Heilmann, at a local tasting in the Portland, Oregon area somewhere around a year ago, and it was an honor to meet her. In person, Pamela was genuine and passionate about her product and so became I. Cheers Pamela, thank you!

But here is the now, and Mckee began as master distiller in May. “In my years at Michter’s, I’ve seen how incredibly focused our previous Master Distillers Pam Heilmann and Willie Pratt have been on waiting to release whiskey till it was just right,” said McKee in a prepared statement. “Working with our Master of Maturation Andrea Wilson, I will continue that tradition of only releasing whiskey that makes us extremely proud.”

The mash bill for this rye is unknown, however the recipe was produced by an outsource by very specific instructions. It is said that the components consist of rye, a good amount of corn, and malted barley, with hopes for a richer flavor profile and a long-lasting finish. As stories go, master distillers at Michter’s tend to gain the nick name of “Dr. No” which means that the whiskey isn’t right until it’s right. 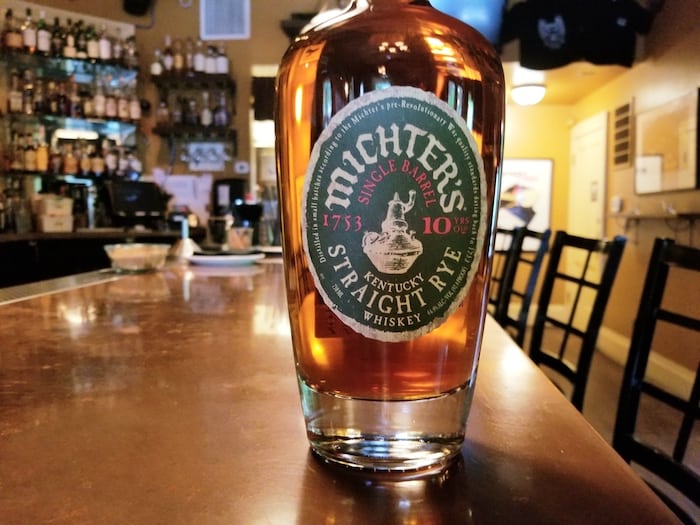 Appearance: Somewhere between maple syrup and a dark caramel.

Nose: Honey, heat, and baking spice. The senses settle in, and picked up dried orchard fruit in the background.

Palate: Medium bodied and angel food cake. Second taste, longer finish and notes of candied orange, rye spice, and oak. This is a sipper for sure, as the palate adjusts to the boozy nature up front.

Dan Mckee follows in the traditions of the Michter's brand in regards to quality and patience. It's built for richness and complexity, as something that one would sip on a fall evening. Ideally with a slice of warm apple pie, a la mode optional. In any case, it was a pleasure to taste this one and would happily do so again. This one is a tad bit pricey, but definitely worthy of a special occasion treat.