Michter’s Master Distiller Pamela Heilmann retired from her position at this whiskey distillery starting this month, and replacing her is her protege Dan McKee. McKee, according to Michter’s, is quite ready to take on this role, having worked alongside Heilmann for a decade, first at Jim Beam and then at Michter’s. During his time at Beam he was first a Distillery Operator, followed by a promotion to Distillery Supervisor. At Michter’s he was first Distillery Manager and then Distiller. 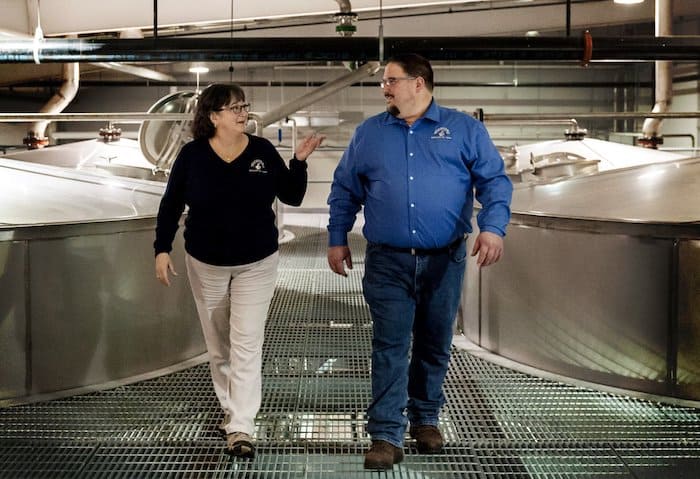 “I’ve really enjoyed my time at Michter’s, and I’m very proud of what we have done here,” said Heilmann, who will stay on in a part time capacity as a Master Distiller Emerita, in a prepared statement. “One of the favorite parts of my job has been coaching and training younger people as they come up in the industry. Dan is a brilliant distiller, and I am confident that with him and Matt Bell (going from Distillery Manager to Distiller) at the helm, our production is in great hands.”

“I am so grateful to Pam,” added McKee. “To work with her and learn from her has been an honor and a privilege. We will do everything we can to continue Pam’s work and pursue Michter’s goal of producing the greatest American whiskey.”

The first bottling under McKee will be the 2019 release of Michter’s 10 Year Single Barrel Kentucky Straight Bourbon, bottled at 94.4 proof and retailing for around $130 per 750 ml bottle.